Video: Cambridge Researchers Use Legos to Build Artificial Bone in the Lab

Researchers at Cambridge University are building artificial bone in the lab, and they’re doing so with what might be considered... 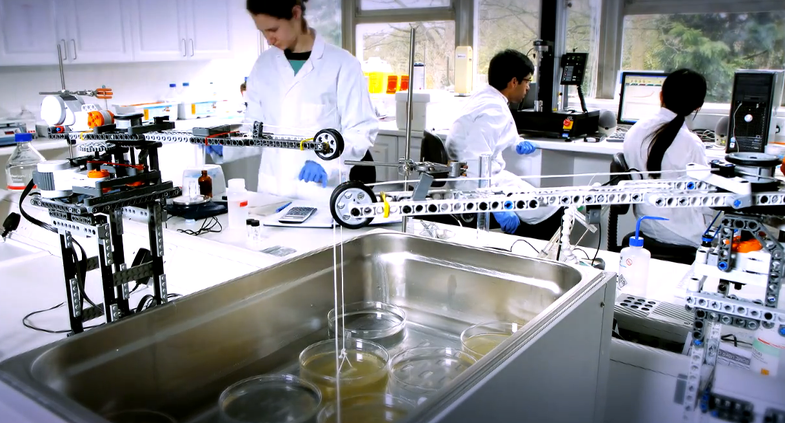 Researchers at Cambridge University are building artificial bone in the lab, and they’re doing so with what might be considered an unorthodox partner: Lego. The tedious process of building up a sample of artificial bone requires a lot of repetitive dipping of samples into various substances, rinsing, and repeating. So to automate sample creation, the researchers built a couple of inexpensive laboratory robots using Lego Mindstorms.

The robots, as you will see in the video below, handle the sample creation duties, freeing up the human researchers to focus on other laboratory tasks. Which is pretty clever. Lego, for its part, sees an expanding role for itself in the laboratory and in education in general. The company has teamed up with Google for the 2012 Google Science Fair, which is a pretty cool initiative that encourages kids 13 to 18 to solve answer any question that’s been bothering them any which way they can.