In a short blog post today, Netflix CEO Reed Hastings announced a total reversal of the recent plans that so... 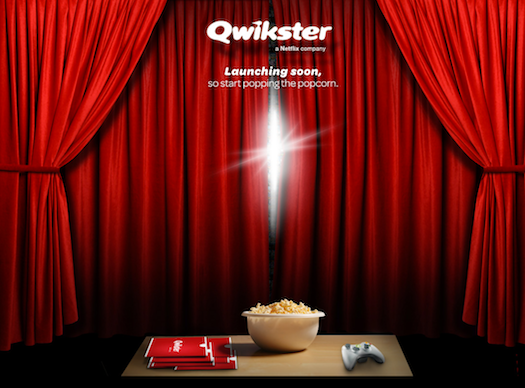 In a short blog post today, Netflix CEO Reed Hastings announced a total reversal of the recent plans that so mildly inconvenienced and irked us. Instead of spinning off the physical media side–DVDs, Blu-ray, and now video games–into a whole new website to be called Qwikster, Netflix will now keep all that stuff under the Netflix umbrella. In other words: please calm down, customers. Nothing is changing.

Netflix’s original plans called for the company to spin off its physical from its digital stores–now that the subscriptions are separate, why not make the stores separate? That called for a new site, to be called Qwikster, that housed all the physical media and was for all intents and purposes totally distinct from Netflix. But Netflix is now abandoning that plan, ditching all Qwikster-related projects and keeping physical media cuddled up with digital at Netflix.com.

This is likely a result of the company’s dramatic stock fluctuations rather than public outcry (the AP says customers “howled,” which seems a bit over the top). Since Netflix raised their prices and announced the Qwikster initiative (excellent title for a Robert Ludlum novel, that), the price of their shares has plummeted more than half, and the company lost about a million subscribers (from around 25 to 24 million). At the time, Netflix saw that as a temporary problem–by raising prices, they’ll be able to afford more content, which will bring in more subscribers in the long run–but the Qwikster move was pretty much met with universal scorn. Looks like this quick turnaround helped in the stock department, though–the stock rose almost 10 percent since the announcement.