At AUVSI’s unmanned systems conference a couple of weeks ago, the FAA paid a good deal of lip service to... 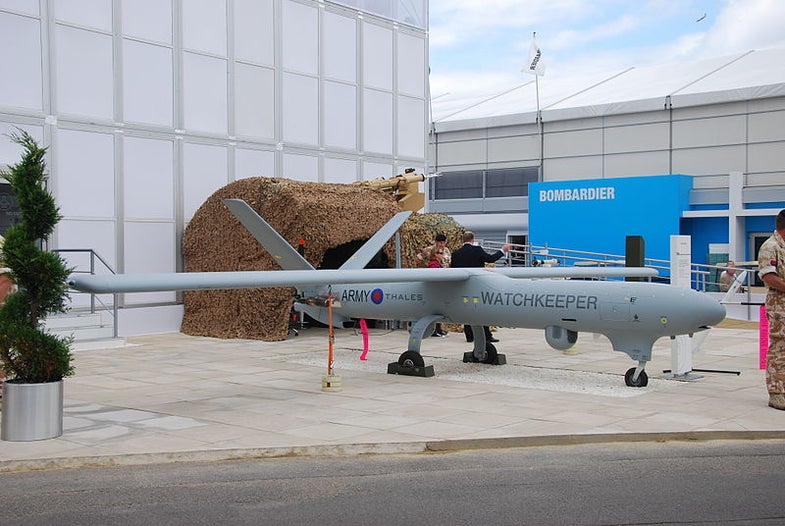 At AUVSI’s unmanned systems conference a couple of weeks ago, the FAA paid a good deal of lip service to the idea of integrating robotic, unmanned aircraft into the national airspace. Then they basically told those of us in the crowd that they would have the regulations ready by 2025 (notably, the speakers didn’t pause for applause at this time). But not every government is being so patient. The world’s first airport designed specifically for unmanned aircraft–boasting a 4,100-foot runway, is opening in Wales, UK, as a first step in getting UAVs and manned aircraft working together in the same airspace.

The UK’s Civilian Aviation Authority is wasting no time dedicating some airspace to unmanned aircraft, designating a 500-square-mile swath of rural Wales and the Irish Sea to the development and flight of unmanned systems. The site is not restricted; general aviation and military flights will still proceed through the airspace as normal, giving the UK–and any companies that care to involve themselves in the future of flight–a space to work on their systems in real general aviation airspace.

That’s huge for both makers of unmanned systems and the UK. The U.S. is slowly coming around to the idea that un-piloted commercial and civilian aircraft are the future of our skies, but thus far there exists no place where they can be developed in an integrated way. A few states like Oklahoma and Oregon have designated some airspace for UAV development, but flights have to be cleared with the FAA weeks in advance. Otherwise, drone aircraft have to be flown under 400 feet and within the operator’s line of sight.

In other words, advanced unmanned commercial and military systems might as well have nowhere to fly at all. In the meantime, by not dragging its feet for another fifteen years, the UK will draw unmanned systems developers that are serious about integrating their robotic systems into a national airspace to its shores for development and testing. Bravo, FAA, bravo.