A new type of X-ray microscope — or more appropriately, nanoscope — is another big breakthrough in the world of... 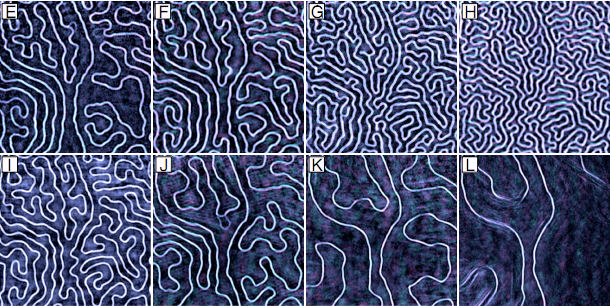 A new type of X-ray microscope — or more appropriately, nanoscope — is another big breakthrough in the world of imaging the small. It computes images rather than glimpsing them directly, allowing scientists to see details at the nanoscale.

Researchers at the University of California – San Diego developed algorithms that can convert the diffraction patterns of X-rays bouncing off a minuscule object, yielding a picture of the tiniest structures. The computations work somewhat like adaptive optics, making continual calculations to yield a resolvable image.

The diffraction patterns are recorded and numerically inverted so the researchers can map an object’s magnetic domain configuration. Magnetic domains are structures in which the magnetic fields of atoms are aligned, and understanding how they can be changed and manipulated would be helpful to computer engineers trying to design smaller and more efficient hard drives and memory. As the space between magnetic domains gets smaller, computer engineers can store more bits of data.

The UCSD team used the Argonne National Laboratory’s Advanced Photon Source, an ultra-powerful coherent X-ray source, to conduct their experiments. They made a layered film of iron and a rare earth element called gadolinium, which is being studied for use in higher-capacity computer memory partly because the films self-assemble into magnetic domains. Resolved with the nanoscope, the film looks like layers of crinkled baklava, UCSD News says. Altering the magnetic field changes the magnetic domains.

It would be difficult, if not impossible, to use a magnet in this way if you had to use a bulky lens, according to Oleg Shpyrko, the lead researcher.

The X-ray method could also be used in chemical and biological applications, Shpyrko said. It can be used to image individual elements within materials, or to image viruses, cells and other biological tissues.

The study is published in week’s early online edition of the Proceedings of the National Academy of Sciences.