Social media can be problematic for professionals who don’t want their bosses to see unflattering college party photos. But it’s... 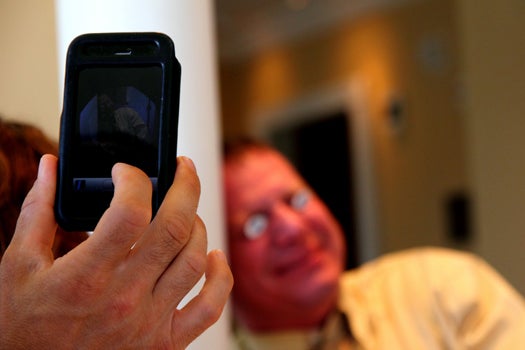 Social media can be problematic for professionals who don’t want their bosses to see unflattering college party photos. But it’s even worse for people whose livelihood literally depends on anonymity, like undercover cops. What happens if the gang you’ve infiltrated finds your grinning mug in Facebook photos from the police union annual picnic?

We’ve seen how easily biometrics can be used to identify people based on their Internet photos, using something as simple as an iPhone app. Cops themselves are using this technology to ID people on the street — so why wouldn’t intrepid motorcycle gang leaders do the same?

The Australian Federal Police is researching how social media may impact covert ops. In a survey last winter, they found the vast majority of law enforcement officers were using social media — 90 percent of females and 81 percent of males, with Facebook and Twitter the top two sites, respectively. Nearly half of those surveyed said they used the sites daily, while another 24 percent used them weekly, according to ComputerWorld Australia.

“The 16-year-olds of today who might become officers in the future have already been exposed,” Mick Keelty, a former Australian Federal Police commissioner, said at a security conference in Sydney.

This covers Australia, not the U.S., but it’s reasonable to expect the numbers would be somewhat similar in this country. If so, that means the next generation of undercover agents may have to go to even greater extremes to win the trust of the groups they’re trying to infiltrate. It can already take several years to do this. Maybe future cops should adopt the adage used by aspiring politicians: Decide at age 5 and act accordingly.