With the help of a few key exemptions 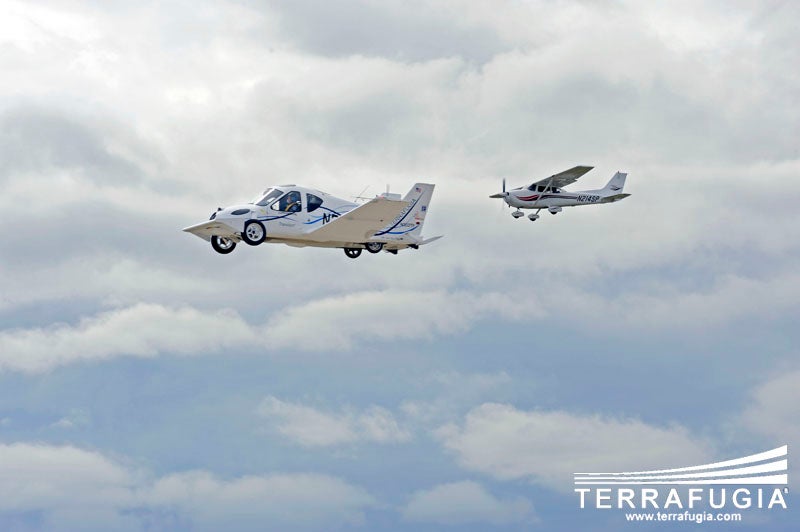 This flying car will be available for purchase next year. Terrafugia
SHARE

For Terrafugia, the long road to making its “roadable aircraft” a commercial reality hasn’t been exactly straight, but the company keeps on rolling forward. Its Transition aircraft just received a few special exemptions from the National Highway Traffic Safety Administration that further clear the way for first deliveries of the vehicle, which are now slated for late next year.

The exemptions are aimed specifically at this kind of dual-use vehicle, which can drive legally on American roadways but also take off and fly under the FAA’s Light Sport Aircraft category. One allows the Transition to trade in standard automotive safety glass for lightweight polycarbonate windows. The other allows it to run on tires usually not allowed on multi-purpose vehicles.

These kinds of compromises are necessary for a vehicle like the Transition, as rules governing aircraft and highway vehicles are often incompatible when applied to the same vehicle. Such regulatory hurdles and other production headaches have delayed the Transition a few times already. Last year Terrafugia said we’d see the vehicle delivered by 2011. That’s now been pushed back another year, but clearing this major regulatory obstacle (the FAA already approved the Transition last year) should help the Transition down the homestretch.