The European Space Agency announced plans today to launch a privately built snub-nosed space bullet, which sort of resembles a... 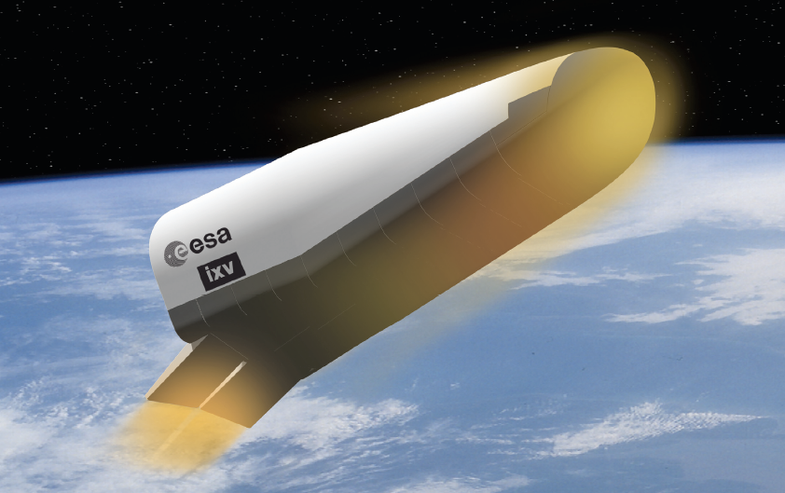 The Intermediate eXperimental Vehicle is a 2-ton “lifting body,” with no wings whatsoever and only two moving flaps that will control its movement. The spacecraft will launch on an ESA Vega rocket, reaching speeds of 16,000 miles per hour and 280 miles in altitude. Then it will return to Earth much like the shuttle, only with flaps guiding it instead of glider wings. It will parachute to a splash landing in the Pacific Ocean.

The spacecraft is more like the X-37B than the shuttle in that it will operate autonomously. It is more maneuverable and more precise than previous reusable spacecraft designs, according to ESA.

It’s also a departure from the Skylon space plane, which also recently received an ESA green light. That spacecraft takes off and lands like an airplane, employing an on-board rocket that fires up at high altitudes.

ESA announced an agreement with Thales Alenia Space Italia in December 2009 to develop the technology. Agency officials announced at the Paris Air Show today that construction is ready to begin.

At this point, the IXV is a test vehicle, meant to demonstrate European-designed heat shields and other technologies. But it could be a precursor to an ESA shuttle, capable of transporting crews to the International Space Station (which orbits around 220 miles up) or perhaps other destinations. It could also be a proving ground for space exploration technologies and for robotic servicing of space assets, like the ISS or satellites.

Launch is planned for 2013, lifting off from Europe’s spaceport in French Guiana. 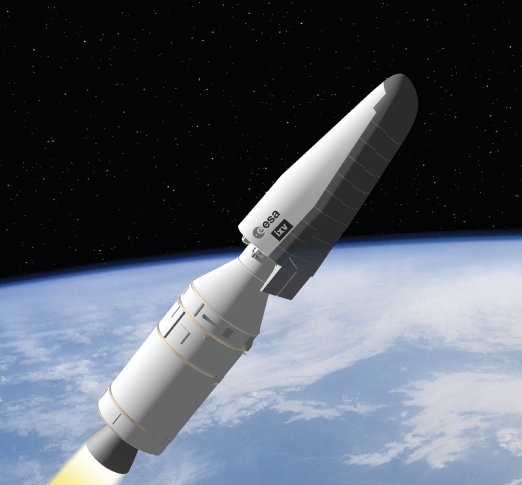 The IXV Intermediate eXperimental Vehicle, planned for launch in 2013, is shown in this artist’s rendition launching into orbit on a small Vega rocket. ESA plans to launch the reusable vehicle from Europe’s spaceport in French Guiana.
European Space Agency
orbiters
prototypes
shuttles
spaceplanes