With an Artificial Memory Chip, Rats Can Remember and Forget At the Touch of a Button

A new brain implant tested on rats restored lost memories at the flick of a switch, heralding a possible treatment... 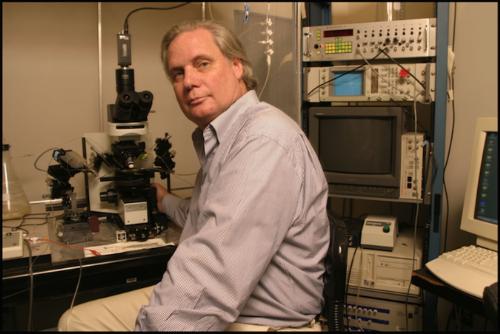 A new brain implant tested on rats restored lost memories at the flick of a switch, heralding a possible treatment method for patients with Alzheimer’s disease, stroke or amnesia. Such a “neural prosthesis” could someday be used to facilitate the memory-forming process and help patients remember.

The device can mimic the brain’s own neural signals, thereby serving as a surrogate for a piece of the brain associated with forming memories. If there is sufficient neural activity to trace, the device can restore memories after they have been lost. If it’s used with a normal, functioning hippocampus, the device can even enhance memory.

In the study, scientists at Wake Forest University and the University of Southern California trained rats to learn a task, pressing one lever after another to receive water. In a series of tests, the rats pressed one lever and were then distracted. They had to remember which one they’d already pressed and therefore which lever to press next, left or right, in order to receive their reward.

The team attached electrodes to the rats’ brains, connected to two areas in the hippocampus, called CA1 and CA3. Prior research has shown that the hippocampus converts short-term memory into long-term memory. The team recorded the signals between these regions as the rats performed their tasks, and then they drugged the rats so that the hippocampus regions could not communicate. The rats forgot which lever to press next, said Theodore Berger, a biomedical engineering professor at USC and lead author of the study, which is published in the Journal of Neural Engineering.

“The rats still showed that they knew ‘when you press left first, then press right next time, and vice-versa,'” Berger said. “And they still knew in general to press levers for water, but they could only remember whether they had pressed left or right for 5-10 seconds.”

Then, the team made an artificial hippocampus, which could duplicate the normal neural signals between the CA1 and CA3 regions. They turned it on, and replayed the previously recorded signal from CA1 — like a recorded message from the brain. The rats remembered.

Although this is a long way from being tested in humans, the research shows that if there’s enough information about the neural coding of memories, the signal patterns can be recorded and duplicated, and restored later through a neural implant. This could be difficult to do in patients with severely limited memory, as the New York Times points out — there needs to be a memory trace that can be recorded and amplified. But for patients with dementia, enhancing the memory-formation process can be useful — remembering where you put the keys, for instance, or where the bathroom is located. Simple memories like those could keep people independent for longer periods.

The researchers want to test the device in monkeys next, according to USC.