The fastest way to spread disease is to pack a lot of sick people in one place. That’s why hospitals... 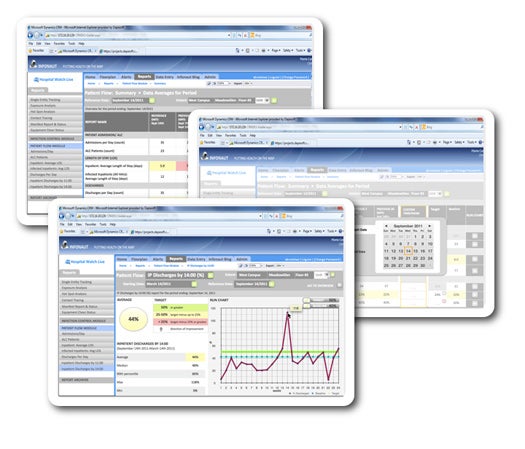 The fastest way to spread disease is to pack a lot of sick people in one place. That’s why hospitals are such a health hazard — equipment and personnel move from patient to patient and carry infectious agents in the process. One solution is to keep better track of every patient, wheelchair and IV stand to locate what’s spreading disease and what needs to be sterilized, and one Canadian company is the first to deploy a system to do just that.

Infonaut’s Hospital Watch Live system uses a combination of tracking software and inexpensive radio-frequency ID tags to record the location of anything that could possibly transport microbes, including the doctors and nurses themselves. Wireless receivers throughout the building transmit the position of each tag to a central computer about every three seconds. When staff members identify a patient infected with hospital-borne bacteria, such as MRSA, they enter that patient’s data into the system, and it retraces which rooms he has visited and what equipment and people he has been in contact with. It then IDs and ranks other potential disease carriers and demarcates hot zones throughout the building—high-traffic areas that could be reservoirs of disease. Janitorial staff can then concentrate their efforts on those zones, rather than wasting precious time scrubbing clean rooms.

During an 11-month pilot run at Sault Area Hospital in Ontario, administrators cut a C. difficile epidemic from 10 new cases a month to one, saving an estimated 17 lives. The system went on sale in June and may soon be implemented in several hospitals in Canada and the U.S. “Health-care-acquired infections are hospitals’ dirty little secret,” says Niall Wallace, the CEO of Infonaut. “We’re finding it and stamping it out.”