Taking a page from advertising strategy, DARPA is hoping to get ’em while they’re young. The military’s mad-science wing wants... 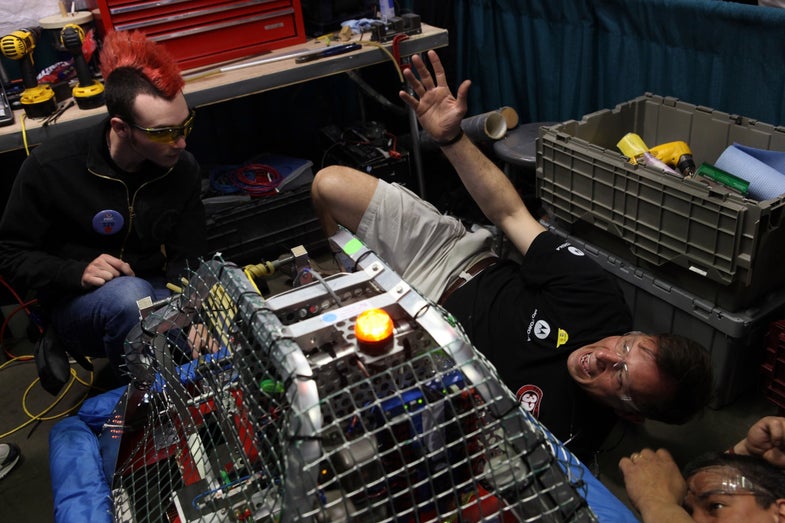 Taking a page from advertising strategy, DARPA is hoping to get ’em while they’re young. The military’s mad-science wing wants various organizations to put manufacturing equipment in 1,000 high schools around the world, part of a new program called “MENTOR” — Manufacturing Experimentation and Outreach. The partnership will include new prize-based challenges to inspire a new generation of defense manufacturers.

President Obama has been pushing to increase student interest in science and engineering, announcing earlier this week that he wants 1,000 new STEM teachers. The MENTOR program addresses that need, but it’s also part of DARPA’s Adaptive Vehicle Make program, which is intended to speed up development of future defense vehicles.

Challenges will involve designing and building things like go-carts, mobile robots and small unmanned aircraft, according to the DOD. While the program is aimed at bolstering the U.S. manufacturing industry, DARPA wants international students to participate as well.

Potential contractors would have to offer programmable manufacturing equipment that can be used for a variety of tasks, like 3-D printers or other platforms that can build cyber-electro-mechanical systems. Ten schools will be involved within two years, with 100 by the third year and 1,000 by the fourth, according to the draft solicitation.

The $10 million program is targeted at small businesses, non-profits and academia.