DARPA has requested the private sector’s help in developing a lot of technologies once thought possible only in sci-fi novels,... 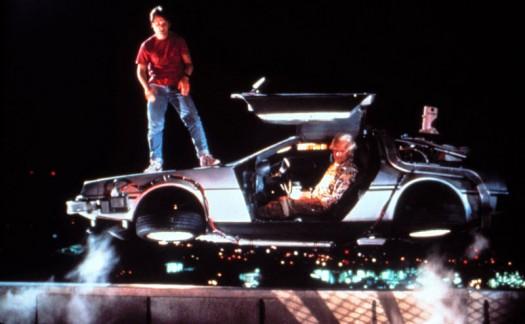 DARPA has requested the private sector’s help in developing a lot of technologies once thought possible only in sci-fi novels, and they may have just jumped the shark in that regard. The DoD’s future tech wing has issued a call for a flying car, a one- to four-person vehicle suitable for on- and off-road conditions as well as aerial flight. Gull wings and flux capacitor optional.

The objective of the Transformer (TX) program is to demonstrate a 1- to 4-person transportation vehicle that can drive and fly, thus enabling the warfighter to avoid water, difficult terrain, and road obstructions as well as IED and ambush threats. The vehicle will be capable of driving on prepared surface and light off-road conditions, while flight functionality will require Vertical Takeoff and Landing (VTOL).

The overarching scheme is to give soldiers of the future a way to take terrain variables out of the combat equation, as well as to put an IED maker or two out of work. Humvees, the proposal points out, anchor soldiers to the ground where ambushes might await. Ground-only vehicles also require roads, and when soldiers can only travel by road their travel routes are beyond predictable. Eliminate the roads-only approach to soldier transit, and troops can always choose the most advantageous route of attack, retreat or movement.

The proposal noticeably points out that helicopters are “limited in flight speed and availability.” Combat helicopters don’t move like combat jets, but it’s hard to imagine a flying car that’s going to move any faster. One could also point out that if availability of helicopters is an issue, perhaps we shouldn’t be throwing money after vertically-launched flying cars. But what’s good for the military often ends up being good for civilians as military technology bleeds into commercial use, so we’re the last ones who will criticize DARPA for this one.