And China in turn censors the news 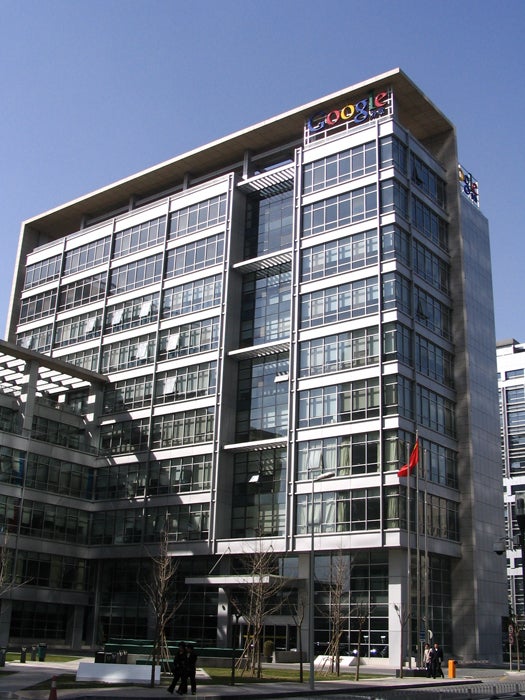 Yesterday’s announcement that Google would no longer censor content flowing across its google.cn search portal and might even shutter operations there made for big news around the globe. Everywhere, that is, but China, where the news was heavily censored.

Since entering the Chinese market in 2005, Google has walked a fine line there, delicately balancing the interests of a Chinese government highly sensitive to what its citizens see and read on the Web with governments and human rights groups that believe Google should not legitimize oppressive media practices in the country. But a series of massive cyber attacks against Google and other companies that purportedly originated from China seem to have changed Google’s mind about what it is willing to tolerate in order to capitalize on China’s 300 million Web users.

Google’s Chinese-language portal functions much like the English language version, with one distinct difference: search up something the government doesn’t approve of-–be it pornography, the terms “Tiananmen Square Massacre” or a Web Page about the oppressed Falun Gong religious group–-and let’s just say you won’t be feeling lucky.

But while Google’s decision, released via blog post, made waves around the world, Chinese citizens naturally didn’t hear much about it. The Chinese government scrubbed reports of Google’s insubordination from the Web, particularly those containing the terms “free speech” or “surveillance.”

While some praised Google’s refusal to continue participating in Chinese censorship, others criticized the move as giving up the good fight; without a Western powerhouse like Google in China, who is going to keep pressuring the government to liberalize its Internet policies? Whatever happens, it’s unlikely China is going to bend for the sake of keeping Google, when its own search portal Baidu is around to do its bidding.