iTunes: Not Ready for Primetime 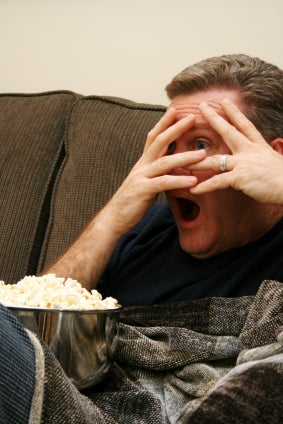 It was in the third hour of a bewildering odyssey into the iTunes rental wilderness (I and my crew were fiercely at arms with a six-foot DVI cable) when a quote I had read in the paper earlier that day came back to me with sudden, crystalline truthiness. It was in a brief New York Times piece recounting a staged talk between ex–media mogul Michael Eisner and polymath Mark Cuban at last week’s SXSW Interactive conference.

Briefly, Eisner stated that within five years Internet-streamed video content would be as big a player as the current product from network and cable TV. Cuban politely scoffed and more or less called bull–pucky, saying that the current infrastructure and the insane technical complexity and sky-high bandwidth required to do so meant it would be several more years before that milestone were reached. At the time, I thought it a rather short-sighted sentiment, especially for someone so tech-savvy as Cuban. I mean, everyone’s doing Web video now—the future is already here! There are dozens of video services out there, and big guns like Netflix and iTunes by all accounts have nailed it…right?

And then I returned to the computer for a few more hours of bloody battle.

Here’s how I was brought low by my own hand: I’d been curious to give the recently announced iTunes Store movie rental service a spin. It seemed like a nice alternative to paying $15 or more for a download of a movie I’d likely only watch once, and what the heck, it’s a Sunday night.

Now, I don’t own an Apple TV, and my desktop Mac is far from my living room TV, where I’d want to watch a movie with my wife. So, I broke out my old G4 Titanium laptop so that I could download a movie to it and then plug it into my TV and home stereo for a more cinema-style feel. My G4 warhorse is dated for sure, but it still runs fine, has 1.5 gigs of RAM, a reasonable graphics card and I had used it to edit a feature length film using Final Cut Pro, so it should be fine with any video issues. I figured all I’d need to do was update my iTunes and Quicktime software.

After a quick perusal of the 1,000 available titles, I settled on The Bourne Ultimatum because it’s awesome and after having seen it 6 months ago my stomach had finally settled from all the herky-jerky camera movement and fast edits and I was ready for nauseation again. I hit “rent,” put in my password and boom, it started downloading—only 1.3 gigs to go! To avoid any bottlenecking while watching, I let it go for 15 minutes while I connected up the S-video-to-composite adapter cable to my TV and audio to my receiver.

Smug with satisfaction at showing my wife how great this new tech was, I hit play, sat back on the couch, and my wife and I proceeded to watch with growing, wincing puzzlement what can best be described as a flipbook version of Jason Bourne kicking Russian ass. His fluid mixed-martial arts were reduced to a strobelight Vogueing dance. Between the choppy video and the fast-paced action and editing, it was simply unwatchable.

I looked for settings to fiddle with—anything—but because the movie is housed in iTunes, there aren’t any. I checked my connections, made sure my laptop was plugged into the wall and running on full processor performance. Still nothing-doing. Somehow, iTunes is such an unbelievably greedy processor hog that my G4’s 800mhz processor just can’t handle playback . Which is insanity—talk about bloatware. But, like Bourne, I wasn’t going to be slowed by a hiccup like this. On to Plan B.

Feeling a little MacGuyver-like, I decided I would pop the movie on my year-old video iPod then plug that into my TV. Since it was synced with my desktop Mac I reassigned it to my laptop, set it up for movie syncing and nodded to the wife,”Five minutes babe—just gotta transfer the file. No worries.”

Only nothing happened. Checked my cables, checked my settings. Wiped the beads of sweat from my brow and forced a smile to my patient wife on the couch. Went online to Apple’s support message boards: Clickety-clack, come on guys, what’s going on here… and a little helpful info later, found out movie rentals only work with iPods from 2008. Yes, my-less-than-a-year-old iPod is too old and stupid to run movie rentals, it seems. Dandy.

Okay, onto Plan C: transfer the rental to my other computer and watch it on my big LCD screen.

I dig around for an Ethernet cable and a firewire cable, and decide to head online to see which route was best. A good 20 minutes of reading discussion boards revealed that this actually isn’t an option. While you can transfer purchased movies, you can’t transfer rentals between two computers. Though you can transfer one to an iPod or iPhone. Okay, tough-guy, so it’s Plan D then: my iPhone. I’d have to blank it and sync it with my laptop, but that’s okay, I’ll just resync with my desktop later.

Now, I have no other tricks up my sleeve, short of cloning my drive to a partition on my desktop’s hard drive, which would take a couple hours and I’m pretty sure would leave me single. This is my Alamo. I plug my trusty iPhone in to my laptop… aaaaand… my laptop isn’t running the newest OS and so can’t handle an iPhone. Oh, it is a crushing thing for a man to be humbled by his toys. All the more so when his wife is snickering.

By now the movie has already downloaded, so I try restarting iTunes. It kind of works, so I drag my 21-inch LCD (Plan E, if you’re counting) into the living room, hook it up to my laptop via DVI and watch as the already slow video degrades to a slideshow. There’s Bourne standing. Now he’s across the room. Who is that guy? Never mind he’s on the floor. Aaaand Scene! Unbelievable. So the wife and I proceed to huddle around my laptop, stopping every 15 minutes or so to quit out of iTunes and restart it to make the movie vaguely watchable. We could only take it for so long, so we quit in frustration and called it a night. So much for video-on-demand, iTunes-style.

For the record, the next day I rented another movie on my desktop system, and minus the odd stutter it worked flawlessly. However it required sitting in my deskchair to watch a movie, which isn’t what consumers are going for. It turns out also that even if I did have an Apple TV, I couldn’t transfer a rented movie to my iPod or iPhone or laptop or desktop. And once you start watching, you have just 24 hours to watch, anyway. How is this better than my cable company’s VOD service? What demand gap is this satisfying?

So, I respectfully apologize to Mr. Cuban, and submit that he is right. Video over IP will indeed one day compete with our cable TV. But despite what you’ve heard, it isn’t happening today.