The Electronic Future of Smoking

Do you want all eyes in the room focused strictly on you? Do you want vague potential health benefits? Well,... 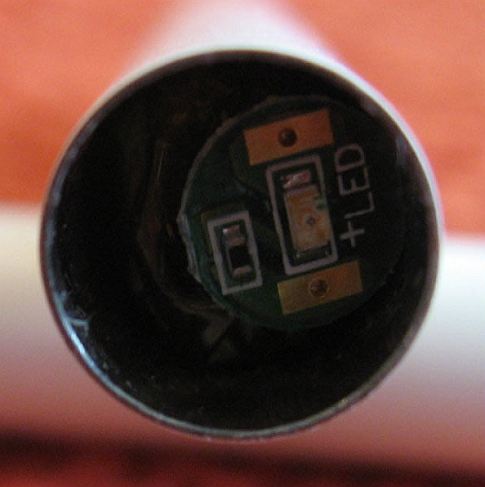 Do you want all eyes in the room focused strictly on you? Do you want vague potential health benefits? Well, kids, toss out those cancer sticks and replace them with a thin tube of plastic containing a lithium-ion battery that heats liquid nicotine into a stream of vapor. Welcome to the future of smoking.

This week, Ryanair (the preferred budget airline of most every European student) announced they will start selling no-smoke cigarettes on flights. The cleverly named “Similar Smokeless Cigarettes” aren’t precisely the same as the vaporizer-based electronic version, but there’s nothing like a planeful of folks sucking on something that resembles a cigarette to bring smoking back to the mainstream.

Sure, the chemicals inside might numb your tongue after a while, and heaven forbid you drunkenly attempt to crush out the $80 glorified smoke, but what price vanity? Start sucking on a smokeless smoke, exhaling a sweet nothing of a vapor, and, I can attest, all eyes will focus on you. Better yet, whip out your laptop and plug your cigarette into the USB charger. People will talk. But they likely won’t talk for long. Pseudo-rettes are on their way to the mainstream.

In late July, the FDA released its evaluation of the technology. The study was a fairly straightforward undertaking to determine the “nicotine content and other impurities” of two brands of electronic cigarettes. “The Center [of Drug Evaluation and Research] is concerned that in addition to nicotine delivery, the vapor may also provide other potentially harmful volatile components,” reads the study background.

Scientists tested for tobacco-specific carcinogenic impurities and they found them, at very low levels. Meaning, on this count at least, that e-cigs are less harmful than ordinary cigarettes. Some e-cigarettes sell nicotine-less cartridges and in some of these, researchers discovered, there are in fact “very low amounts of nicotine present.” This is tantamount to discovering there are trace levels of alcohol in O’Douls. Surely there are other ways to get your oral fixation.

They also found some rather unsavory chemicals, including diethylene glycol, which is an ingredient in anti-freeze. The amount is hardly toxic, but the mere fact has sent the opposing sides into respective tizzies. Despite their eponymous origins, e-cigs are currently unregulated, meaning they can be purchased by anyone willing to pony up the $50 or more e-cigs run. This children-might-smoke-it claim is one of the biggest guns in the e-cig opponents’ rack. Most manufacturers sell cartridges filled with “exotic” flavors like rose and chocolate and cigar and, oddly enough, green tea — proof beyond the shadow of a doubt, goes the argument, that these are targeted at kids.

Fans, meanwhile, have latched onto every imaginable tack, from the green angle (fewer butts!), to the conspiracy (Big Tobacco is keeping them down!), to a bound-to-backfire defense of e-cigs’ smoking cessation potential (nicotine gum and the like is regulated by the FDA). The last boasts defenders in high places. In April, there was a small congressional brouhaha of sorts after one senator called for a ban until the FDA could verify the device’s safety and another fought back insisting no action should be taken, that they were effective means of quitting smoking.

Which leaves the two sides at a stalemate. The fallout of the FDA’s report, despite the fairly benign findings, has been a predictable groundswell of political fervor. Connecticut’s attorney general has issued a warning, Oregon’s has filed a lawsuit, one county in Long Island has voted to ban them. Facebook has banned ads, PayPal has cracked down and just last week Amazon reportedly announced to merchants their sale was prohibited.

The manufacturers are fighting back, and the fans are rallying, and only time will tell which side will win. Likely, the makers will cave and start submitting for regulation, the e-smokers will grumble about Big Tobacco and nanny states, and within a few years no one will blink at a smoker puffing away at a cigarette that needs to be charged.