Submit Your Questions For Astronauts Spending a Year In Space

Use #AskPopSci on social media, and watch live at 10:05am EST on PopSci.com! 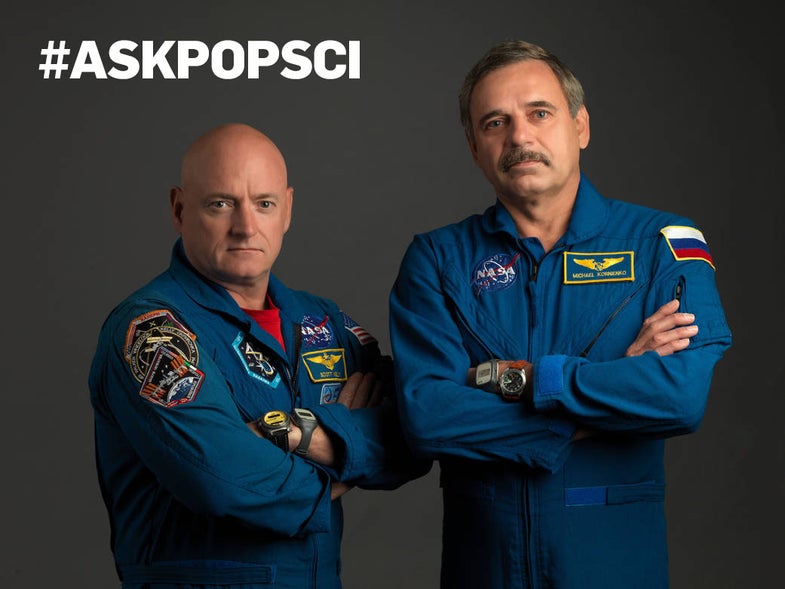 Ever wonder what it’s like to live aboard the International Space Station? What kind of research is being done there?

NASA astronaut Scott Kelly and Russian cosmonaut Mikhail Kornienko are each spending a year aboard the International Space Station, and on Wednesday December 9th, 2015, they’re talking to us LIVE from the ISS at 10:05am ET.

Watch their conversation with Popular Science executive editor Jennifer Bogo in the stream embedded above. And submit your questions on social media with #AskPopSci.