Daily Infographic: What Earth’s Swirling Groundwater Looks Like From Outerspace 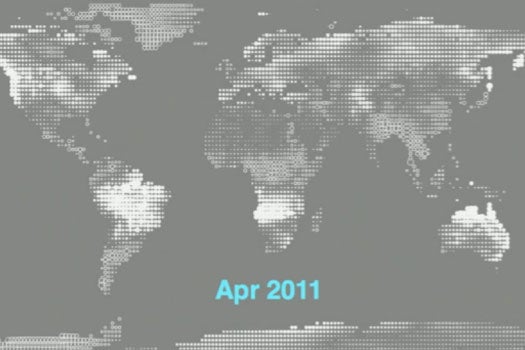 But over the past decade, thanks to a pair of satellites orbiting 300 miles above Earth’s surface, researchers have been keeping tabs on the seasonal ups-and-downs in groundwater stores all over the world, and tracking longer-term trends like the depletion of the Ogalalla aquifer under the southwestern U.S.

This year, a few designers took the data from the GRACE satellites’ gravity measurements and created some stunning visualizations that allow us to see, for the first time, the resource we rely on most.

The seasonal swells and dips in groundwater level are especially cool in this one:

This annotated version shows some notable cases of both drought and surplus–check out the Amazon during monsoon season: