Did you do your Black Friday homework?

The latest episode of the Techathlon Podcast tests your deal knowledge. 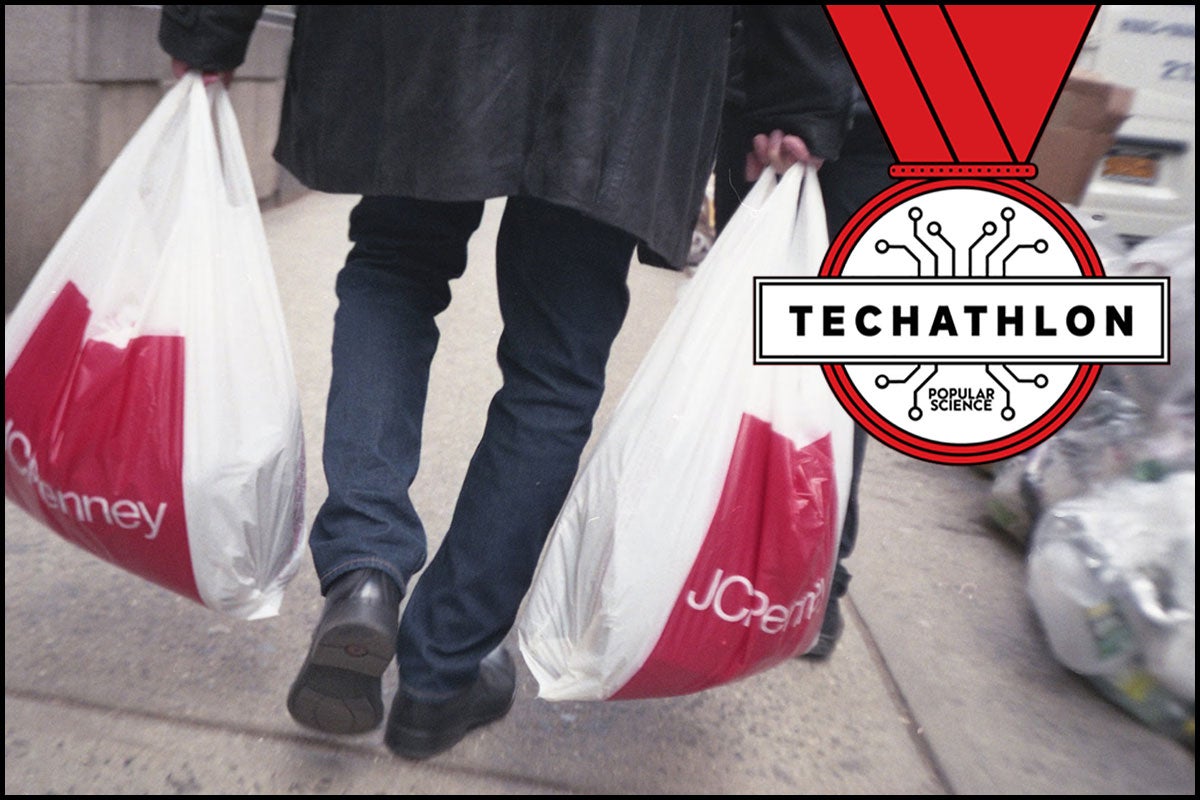 The internet has a reputation as a generally fun place. But that wonderful web has a bad habit of taking fun things and pushing them to extremes. You can’t have a casual interest in a subject anymore—the internet and everyone on it demands that your fun hobby become a consuming obsession. Oh, you’re thinking about learning to crochet? Well, I hope you enjoy your 30 new Facebook groups, 40 hours a week of YouTube tutorials, and targeted ads for needles assaulting your eyeballs every time you look at any screen for any reason. This same basic idea also applies to Black Friday, and that’s the inspiration for one of this week’s Techathlon podcast games.

It’s not enough to get the Thanksgiving Day paper and cruise through the advertisement flyers anymore. The true Black Friday experts have had those flyers for weeks and they’ve been taking advantage of super-mega-ultra early bird Black Friday sales that started while the leftover Halloween candy was still on the clearance shelves. Every website, including this one, will hustle together curated lists of the best Black Friday deals around and it’s your job to recognize whether it’s actually a good deal or you’re just swept up in the retail rage virus that sweeps across the land this time each year.

How well do we know our deals? On this week’s Techathlon show, we’re, um, borrowing some inspiration from one of our favorite games shows to watch when we were pretending to be sick to stay home from school because we didn’t do our homework. The contestants have to guess what some popular gadgets will cost on Black Friday. Closest without going over wins.

It’s a good bit of fun, but it also hints at a valid Black Friday strategy. Now, before everything really gets rocking in the realm of retail, sit down and make a list of the stuff you actually want to buy. One of the biggest Black Friday traps involves wasting money on something you don’t actually want just because it’s a “good deal.” So, write down the things you truly want to buy and what you would consider a good price. Keeping an eye out for those items at those prices can keep you focused.

Here are a few other tips to prevent your Black Friday from transitioning into “Oh no, what have I done?” Saturday.

– Don’t go looking at deal forums or Reddit groups unless you can handle the idea that you’re going to “miss out,” on some deals. FOMO is real.

– Don’t buy a giant TV just because it’s really cheap. It may be a bad investment in the long run.

– Do some research in advance this week when you have time. Commit to what you’re going to buy and then don’t change it up. Certainty in your decision will keep you from fixating on the decision and ignoring the actual holiday to look at SecretBlackFridayDealHacks dot com or other sketchy websites every two seconds during dinner.

– It’s OK not to buy anything. It sounds weird, but it’s true.

Here’s what you can expect from the rest of this week’s Techathlon podcast. Listen to it while you’re standing in line outside the mall as you wait to bust some doors and get a screaming deal on an AI-powered, smart air-fryer.

As always, Jason has taken the week’s most important tech stories and mashed them together into a trivia masterpiece with the same care and attention to detail as you’ll show cramming leftovers into a massive sandwich at 11 p.m. on Thanksgiving night. It covers everything from scary cyber-security issues regarding Disney+ to Google’s cloud streaming game system, Stadia.

As you may have heard, T-Mobile CEO John Legere recently announced his plans to step down from his position in the company. He won’t, however, be retiring from Twitter where he has more than 6 million followers, many of whom he acquired due to his penchant for slinging sick burns and shade at the other cellular providers.

In this game, Jason provides us with some seriously savage tweets aimed at Verizon, AT&T, and whoever else dares run a mobile company to compete with Legere’s. The contestants have to guess whether the tweets came from the T-Mobile CEO or from a random customer who is mad at cell phone providers for some reason. It’s a lot harder than it sounds.

We’re not recording a full episode this week, but we will have a bonus game hitting your feeds on Cyber Monday so make sure you’re subscribed to take advantage of the fun. It’s free, which will seem a lot more important to you by this time next week.