The interface looks a lot like a video game and the results are impressive. 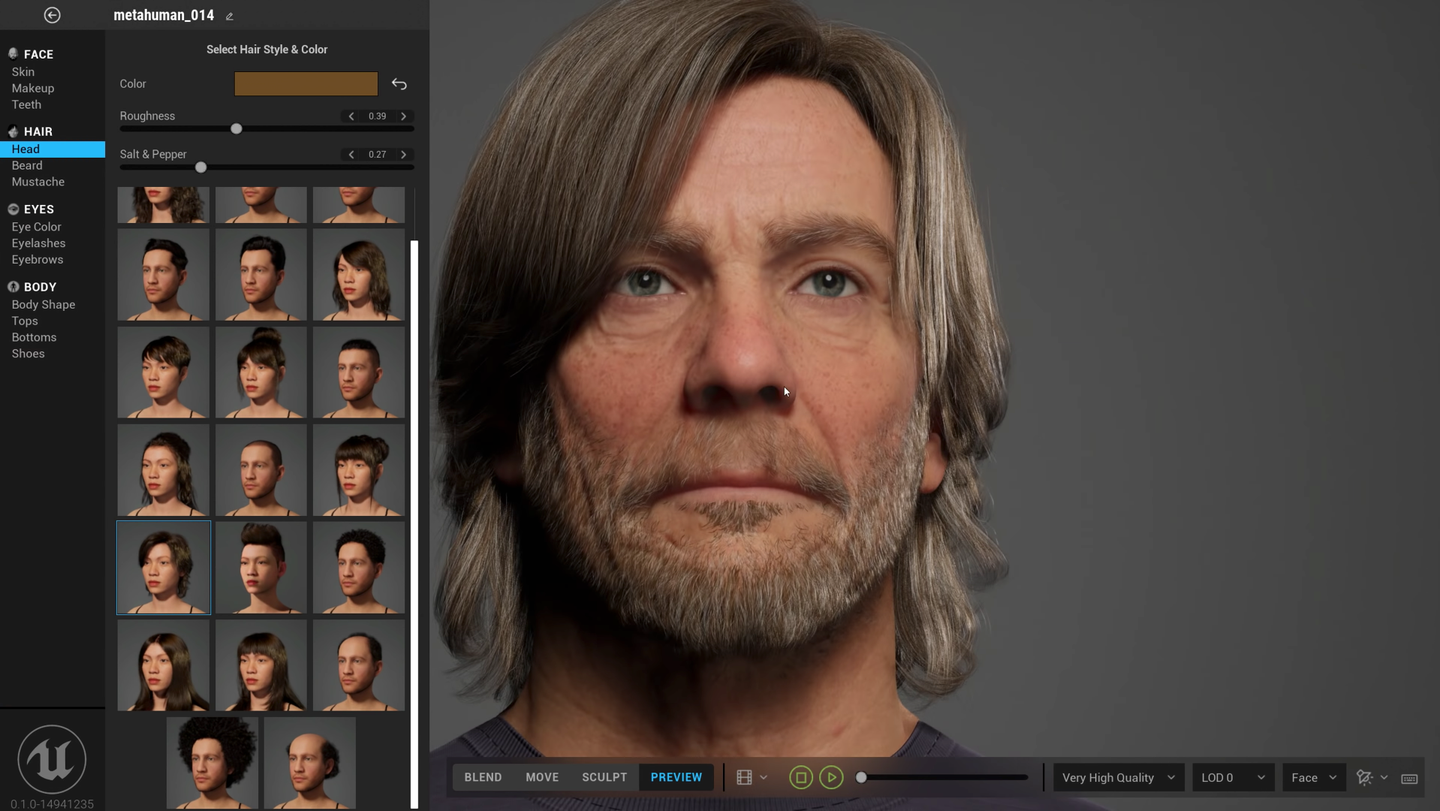 The interface looks familiar, but the results are far more advanced than a typical video game character builder. Epic
SHARE

Video games have come a long way when it comes to letting players design their own characters. It’s easy to spend hours tweaking every aspect of your avatar in Cyberpunk 2077 (assuming that the model doesn’t glitch out before you can finish your work). This week, however, Epic showed off a preview of its new MetaHuman Creator platform, which could help creators make ridiculously detailed human models—right down to individual hairs on the models’ heads—in a matter of minutes, rather than days or weeks.

The MetaHuman program isn’t just for video games. Epic’s Unreal Engine platform provides the technical framework for the MetaHuman project. While Unreal Engine is common in games, it also appears in architectural rendering situations, cinema special effects, and even in the infotainment system in the upcoming electric Hummer. MetaHuman Creator could be similarly versatile, offering advanced character creation for next-gen platform games, mobile applications, and special effects in movies.

A quick glimpse of the interface in the video really does look a lot like you’d expect an in-game character design tool to look. The models are broken down by individual features like eyes, hair, and bodies. It also provides options for clothing. Outside the standard selections, however, it offers options for blending and sculpting to create unique characters that exist outside the possible combinations with pre-designed elements.

Predictably, the MetaHuman system relies on artificial intelligence to do its heavy computational lifting. Epic says the software draws from an “ever-growing library of variants of human appearance and motion,” to give designers a robust starting point for their finished model.

Because it’s fundamentally integrated into Unreal Engine on the whole, it can take advantage of some of the features baked into the platform. For instance, on a high-end console or PC, the models can start with one of 30 stock styles that render individual strands of hair in real-time for a super-realistic appearance.

Creators will inevitably try to push the boundaries of what these humans look like. Maxing out the stats and adding unrealistic features to models can sometimes create some truly entertaining—and sometimes horrifying—results. But, Epic has already made efforts to ensure that the models look as natural and consistent as possible, even when creators try to make the features and dimensions completely out of the realm of possibility.

After the model is done rendering, high-end creators can map the new character to real-life action using motion capture or apply a number of other animation techniques to give the model life.

Ultimately, it’s already possible to create models with this kind of detail, but it typically requires extensive 3D modeling skills and lots of time. The most recent iteration of the Unreal Engine puts heavy emphasis on letting AI handle some of the tedious work typically associated with creating extremely high-quality digital models.

If you have access to Unreal Engine software, you can check out a preview of two fully finished MetaHumans right now by downloading the files from the Unreal Engine site. The final MetaHuman Creator software will come down the line later.