The Hatch Restore wants to mash up all your sleep devices into one slim package. 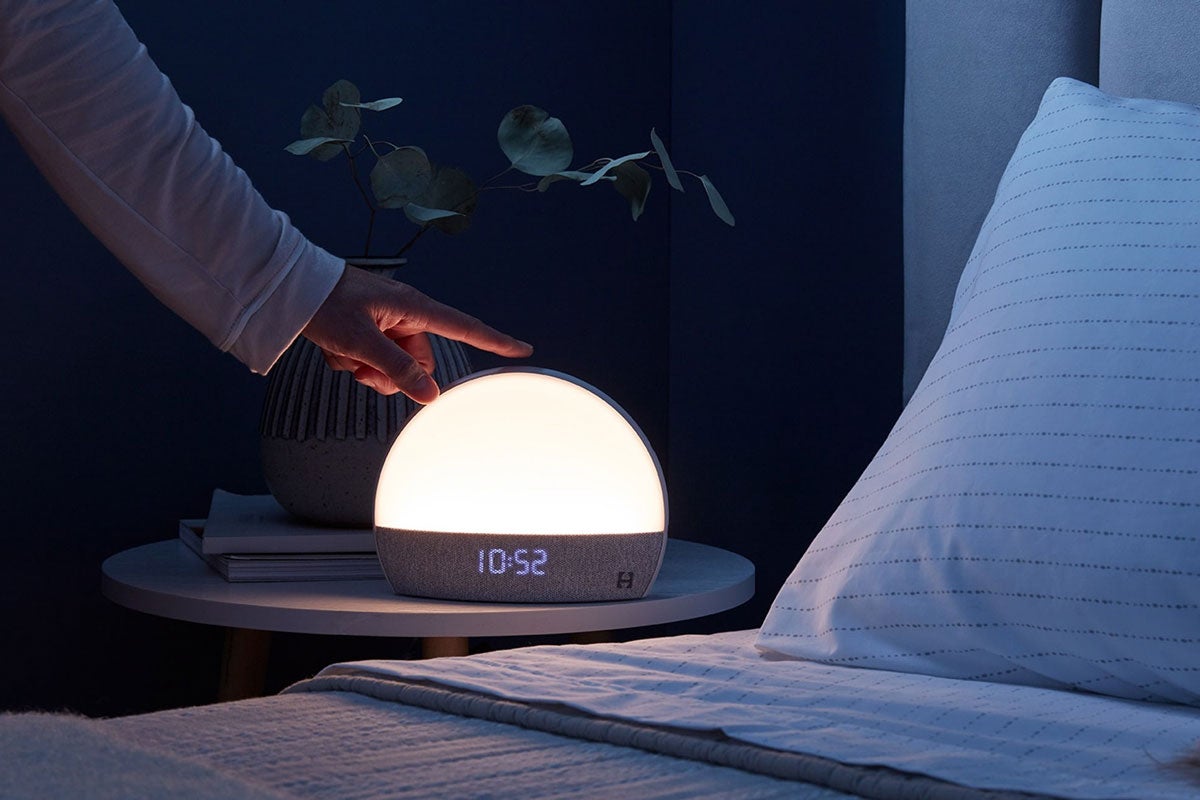 The light is strong enough for reading, but changes brightness and color depending on what you're doing. Hatch
SHARE

Quality of sleep has endured some collateral damage during the COVID-19 pandemic. Even when people stick to their normal schedules, roughly a third of us suffer from bouts of acute, short-term insomnia. And since social distancing has thrown off our routines—and is causing even normal sleepers to experience unpleasant or chaotic dreams—the problem has only gotten worse. These troubles make devices like Hatch’s Restore sleep device that much more appealing.

The Restore debuted back at CES 2020. The company had already enjoyed considerable success with its Rest and Rest+ devices meant for helping babies and children get to sleep and stay there. Like the Rest line, the Restore mixes a diffuse, color-changing light with a speaker that can produce nebulous noise designed to help drown out real-world sounds that might otherwise disturb your slumber. The $129 Restore, however, adds some functionality, including more complex routines for bedtime and waking up.

From a hardware standpoint, the Restore doesn’t look tremendously different than some other sunrise alarm clocks from other companies such as Philips. The Restore’s half-moon shaped light panel obscures an LED array that mimics the colors of the rising sun, gradually transitioning from deep red to bright white as it gets closer to wake-up time. The clock itself hides under the exterior fabric layer on the bottom, which resembles what you’d find on a Google Nest device like the Nest Mini. The speaker is similarly powerful to the Nest Mini, but then again, you’re not exactly looking for lots of volume out of a device meant to lull you to sleep.

Setting up the Restore is relatively simple. Download a dedicated app and connect via Bluetooth. When you download the app, you get the option to subscribe to the company’s premium service, which costs $5 monthly or $50 annually and unlocks some paid functionality, which we’ll cover later on.

The Restore has a bit of a break-in period where you’ll have to learn what actually works for you. Ideally, the device wants you to set up pre-set routines for going to sleep and waking up that will help you fall into a pattern. You can have a reading light on for a set amount of time, before going into a 10-minute guided meditation and then transitioning into white noise to try and keep you asleep.

Once you’ve dialed in your preferences, it really does seem to work. The meditation doesn’t sound profoundly different than what you might get with another app, but having all of the sleep aids roped into one package is very handy.

Some reviews have complained that the light itself isn’t bright enough for reading, but I only found that to be true if you’re too far from it.

The onboard controls are touch-enabled. As long as you have your routines setup, you only have to top the top of the light in order to kick off your wind-down process. The app also provides notifications to your smartphone, so when it’s bedtime, you’ll get a pop up to nag you into going to sleep. That comes in surprisingly handy in this era of endless phone scrolling.

There are some odd quirks worth knowing about before you plunk down the hefty $130 cost. Despite its Bluetooth connection to your phone, you can’t use it as a typical wireless speaker. So, if you want to listen to music during the day, you’re out of luck. That also means you can’t use your own meditation apps by simply pumping them through the built-in speaker. That likely has something to do with Hatch’s own premium subscription service.

Without paying the extra fee every month, your sound and meditation options are somewhat limited. You’ll have to pay to unlock anything beyond the basic meditation, which seems a little excessive for a device that already sits toward the high-end of its category.

If you’re willing to put in a little work to figuring out your optimal bedtime and wake up routine—and pay the $5 per month for the subscription—then the Restore does offer some real benefits. I typically use a mechanical white noise machine and an app for breathing exercises to help fall asleep and this can suitably replace both of those, while adding a light and a clock. It’s not magic, so it won’t work for everyone, but if sleep devices have helped you in the past, consolidating them into this slim gadget could simplify your routine and free up considerable space on your night stand.