Robots that live in canes, that can decipher your heart’s desires, or wriggle themselves right into your heart, by way... 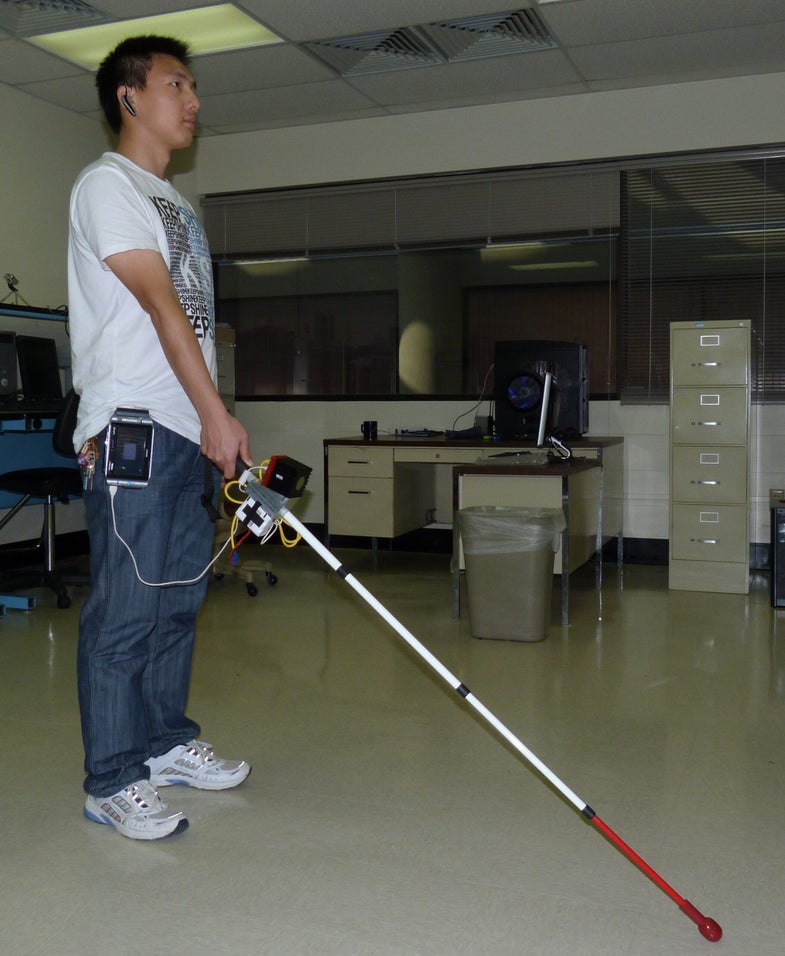 Robots that live in canes, that can decipher your heart’s desires, or wriggle themselves right into your heart, by way of your veins.

Those are just a few of the research projects now being funded by the National Robotics Initiative, a federal program that aims to push the development of co-robots, or bots that work alongside—and occasionally inside—humans. Now in its third year, the initiative’s second round of funding has awarded $38M to dozens of new projects around the country. Though the lion’s share comes from the National Science Foundation (NSF), which is awarding $31M over the next three years to 30 new projects, the remaining $7M is being provided by NASA, the National Institutes of Health (NIH), the National Science Foundation (NSF) and the U.S. Department of Agriculture (USDA).

So far, the defining feature of the National Robotics Initiative (NRI) hasn’t been its emphasis on co-robots, but that such a broad, multi-agency endeavor has received so little attention. Instead of a single, iconic robotic system or concept that represents the greater co-robotic vision, NRI is a panoply of loosely-related ideas, few of which are photogenic and/or ominous enough to become click-bait. But this research is worth a closer look, because the bots that could become part of our lives, in our own lifetimes, won’t look like Boston Dynamics’ Atlas, or NASA’s (and GM’s) Robonaut 2. Chances are, they’ll look a lot more like a walking stick, with a bunch of stuff bolted onto it.

It’s called a navigation-aid, but the robotic cane being developed by the University of Arkansas at Little Rock acts as a kind of seeing-eye walking stick. It maps the user’s path with a vision and 3D camera, and picks out stairways, low overhangs, and other features of interest to the visually-impaired. Though the bot will be able to verbally warn or guide the operator, speaking through a Bluetooth earpiece (and possibly through tactile feedback), it will also be able to perform limited steering maneuvers. “In navaid mode, the device’s roller tip is activated, and may drive the cane and point it towards the desired direction of travel,” says Cang Ye, a roboticist at the University of Arkansas at Little Rock and principle investigator for the robotic cane project. The six-degree-of-freedom roller isn’t driving the operator, but making suggestions, and can be toggled on and off by switching between navaid and white cane modes.

Though it might seem like this project is covering familiar territory—robots designed by companies like iRobot can already drive themselves around indoors with a minimum of collisions—the problems of obstacle detection and avoidance are far from licked. The margin of failure for a robot cane has to be vanishingly small, and that level of accuracy could also benefit systems that aren’t attached to humans. Ye believes that the cane’s core technology could improve the ability of other robots to both move and manipulate objects autonomously. And to illustrate just how many organizations (and acronyms) are collaborating under NRI, the co-robotic cane was co-funded for a three-year period by the National Institute of Biomedical Imaging and Bioengineering (NIBIB) and the National Eye Institute (NEI), both of which are part of NIH.

Tempting as it might be to brush aside the significant impact that this kind of bot could have on the lives of the disabled, and fast-forward to cybernetic golf clubs, self-steering samurai swords, and other neat-o augmentation scenarios, the robo-cane represents something profound about the robots we might interact with the most. Instead of rolling and ambling alongside us, co-robots could wind up inhabiting the objects we handle, sensing and assisting as needed. Just as wireless communication between devices is becoming ubiquitous, the notion of a bicycle, scalpel or gun that isn’t possessed by a robot may one day seem laughably quaint.

Another example of this breed of co-robot is the robotic catheter being developed by Case Western Reserve University in Cleveland, and funded by NIBIB. This well-intentioned little horror show is designed to maneuver through a vein during an MRI, and burn away portions of a patient’s heart. Terrifying as it sounds, this system would simply add autonomy to an existing treatment for irregular heartbeat, called atrial fibrillation ablation, with involves manually guiding an electrode-tipped catheter to the heart and zapping specific tissue. By compensating for the movements of the patient’s heart and blood during that awful transit—it’s guided by imaging data from the MRI—the robot could make a necessary evil much more efficient.

But the robotization of existing devices is just one version of our co-robotic future, as hinted at by the broad scope of NRI-related. One of the new projects funded by NSF is an effort to make robots that can better read the emotional needs of Parkinson’s sufferers, specifically those whose faces have been significantly paralyzed. In order to serve as mediators between victims of “facial masking” and their caregivers, the project aims to “develop a robotic architecture endowed with moral emotional control mechanisms, abstract moral reasoning, and a theory of mind that allow corobots to be sensitive to human affective and ethical demands…”

The exact nature of the actual robot—whether it will be an existing system, or a new one, for example—is unclear, but It’s worth noting that one of the project’s collaborators is Georgia Tech’s Ron Arkin, the famous (or infamous, depending on your perspective) roboticist who proposed the use of so-called “ethical governors” for autonomous military robots. Whether the goal is to avoid atrocities or process and respond to a human’s needs, Arkin’s research often centers on the prospect of imbuing robots with morality.

If you’re the nervous type, and unable to suppress your fantasies of an imminent robot rebellion, Arkin is either the first horseman of the robopocalypse, or the architect of our salvation. Alternatively, he might be a roboticist who simply likes the idea of ethical machines. Considering the amount of persistent human-robot teamwork that co-robotics research hopes to enable, that could be the best NRI-funded idea of all.