And why the effect is slowly going away over time. 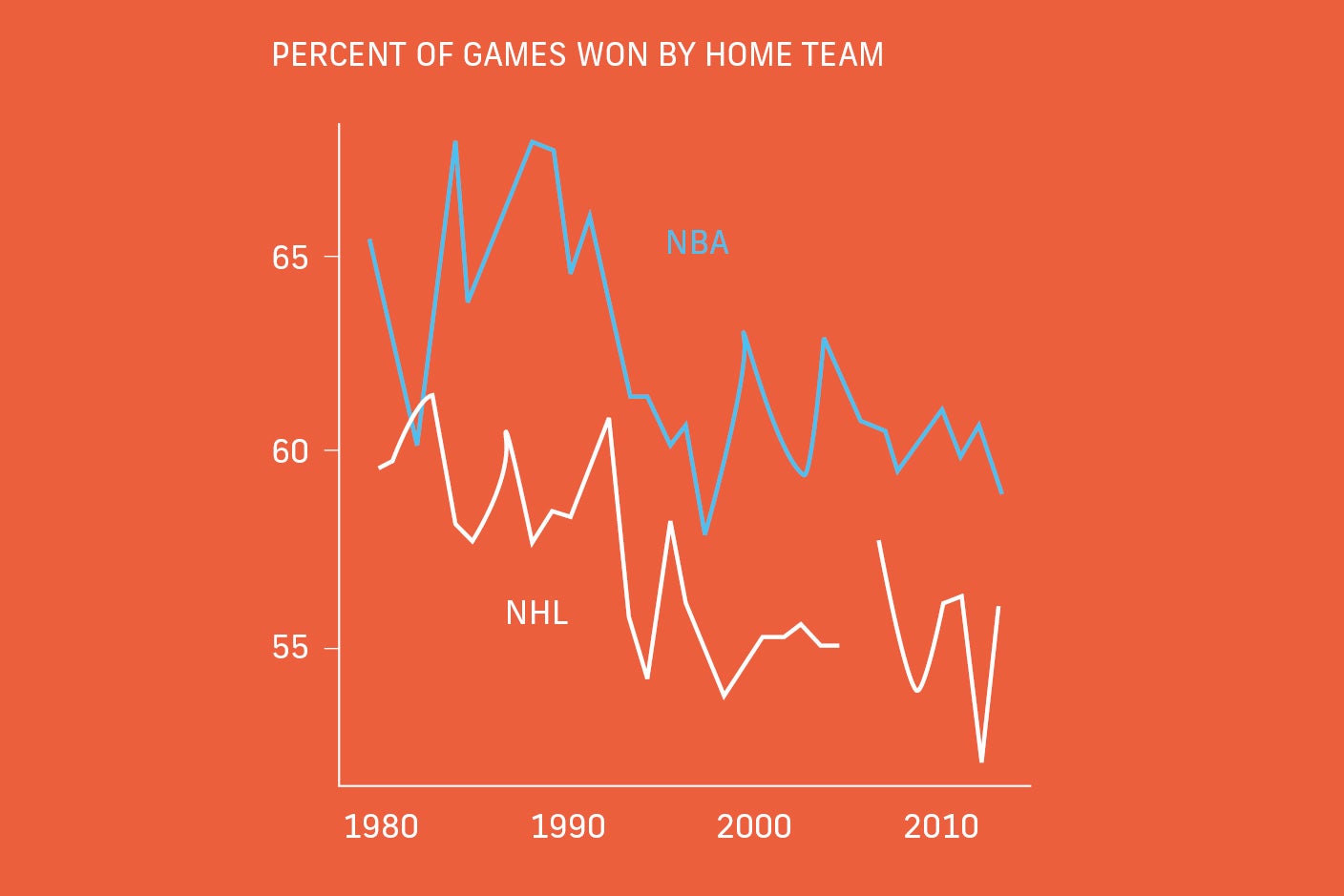 Athletes tend to do better on their own turf. But the factors that create the mythical home-field advantage are still somewhat mysterious. Referee bias, lack of travel-related fatigue, and the morale boost of fan attendance may contribute, yet experts still debate the particulars. In fact, the effect even varies by sport. This is what we do know about the phenomenon—and why it might not hold the same power it once did.

Spirited jeers erupting from stands could impact subjective referee decisions, like whether a baseball is in the strike zone or a linebacker interfered with a pass. One clue that fans create a bias: Some locals’ win rates tend to drop as crowds thin.

2019 was the first year in MLB history in which the away team won every game of a seven-game championship series (it also hasn’t happened in the NHL or the NBA).

Some leagues have seen a decline in home-field advantage. Persistent concern about referee bias may have officials working harder to counteract it. Meanwhile, comfier travel and a greater understanding of recovery needs mean out-of-towners are more likely to show up in fighting shape.

Home teams win at different rates in various sports, and theories abound as to why. For example, games like baseball have nonstandard fields, so players may be trained to take advantage of their setup’s quirks.