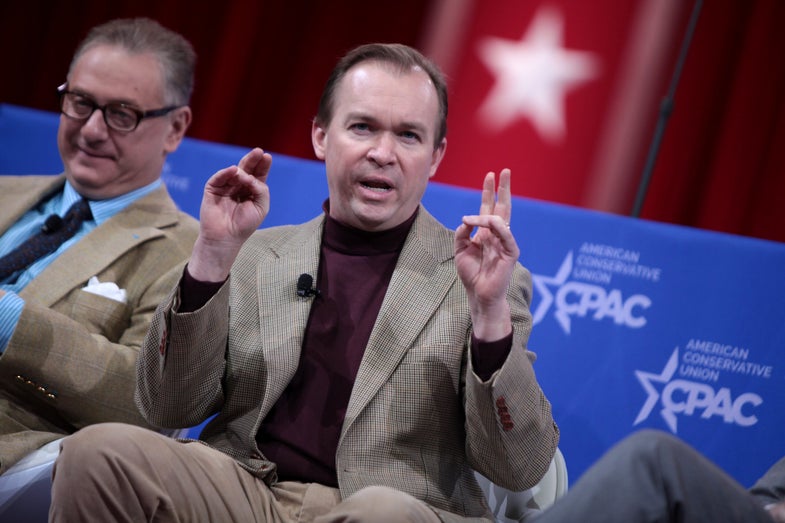 The Office of Managment and Budget might seem like a less prominent position than, for example, the head of the EPA or the Department of Energy, but it’s a vitally important job.

The person that takes the job will have a significant impact on budgets throughout the federal government, so it’s worth learning more about their views. President-elect Donald Trump’s pick is Rep. Mick Mulvaney of South Carolina, and he doesn’t really see the need for government-funded science research.

In a now cached Facebook post from September, when a debate was raging in Congress as to whether or not we should fund research into Zika Mulvaney writes:

He goes on to suggest that because a preliminary study found no wave of birth defects linked to Zika infections in Columbia, government funded research into Zika and its link to birth defects might not be necessary.

As Julia Belluz points out at Vox, the research that Mulvaney cited was supplanted months later by another study published in the Journal of the American Medical Association, which showed that there was a link between Zika and birth defects in the United States. The data in both studies was gathered by researchers from around the country and the world, including federally-funded researchers from the CDC.

Research—and the federal money to fund it—was needed to adequately inform pregnant women in the U.S. about a disease that remains stubbornly mysterious, is spreading across the world, and for which there is currently no cure or approved vaccine.

Though Mulvaney has not yet been confirmed, his appointment and his own words can give the public an idea of “the commitments and priorities of the President.”

Questioning whether science research should be funded isn’t a new viewpoint for the incoming administration. Other plans espousing similar theories have been floated, including a suggestion to cut climate change research at NASA.