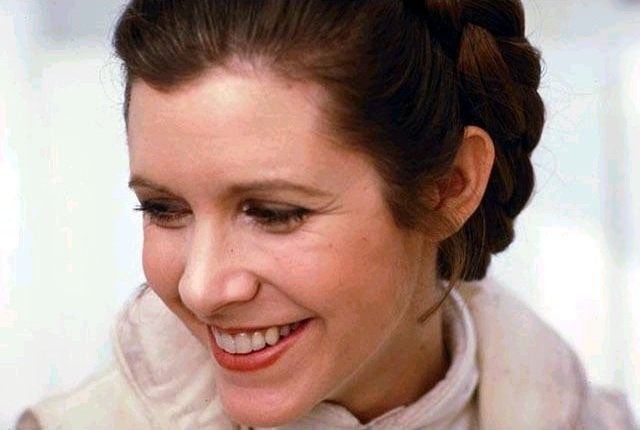 Today we remember Carrie Fisher. In a decades-long career she left many indelible marks, but none so great as her portrayal of Princess Leia in Star Wars. She filmed the first movie at age 19 and died on Tuesday morning at age 60, having just completed filming on her fifth Star Wars movie.

Fisher’s Princess Leia was—like the rest of the Star Wars franchise—an inspiration to countless young science geeks. Here was a world filled with heroes and explorers, flying spaceships to unknown worlds and battling evil wherever they went. And it all depended on the futuristic technology that George Lucas invented. A generation of children grew up wanting to make Star Wars a reality. They became mechanical engineers and astrophysicists. They thought science was cool. And they made it cool in the process.

This is true of nearly all science fiction. It inspires us to create things that only the strangest among us could imagine. So strange, they made up elaborate, fantastical worlds to house their ideas and called it sci-fi. Cloaking devices, virtual worlds, and rocket ships—they were all science fiction before they were fact.

And it’s characters like Princess Leia that inspire young women to go beyond what society tells them they can be, to be explorers and Generals and rebels, to travel to strange new worlds. Engineer Holly Griffith got all the way to NASA Mission Control on her mission to be just like Leia. Fisher’s Leia was empowered, intelligent, and brave. She was a princess, but she didn’t need rescuing.

Fisher battled drug addictions and bipolar disorder, but she turned struggle into strength. She spoke honestly about her mental health problems, helping to de-stigmatize the diseases she dealt with for many years. She was an outspoken feminist, even when she was playing an outdated hippie on 30 Rock. She set a standard for empowered female figures in a science-fiction world that badly needed it (and that the Star Wars movies are finally living up to). She was an inspiration to millions of science geeks—men and women alike—who wanted to bring a galaxy far, far away a little closer to home.

We’ll miss you, Carrie Fisher. Thank you for giving us hope.