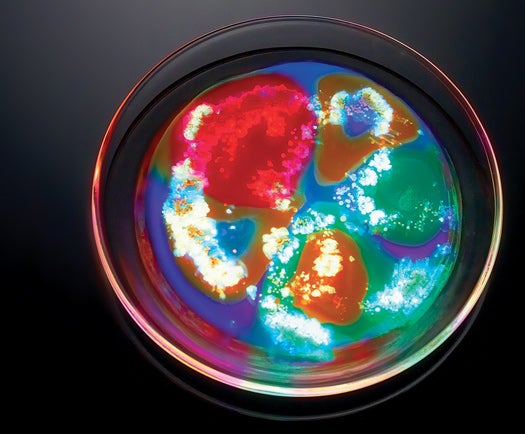 Once a piece of magic technology becomes so common that you can buy it at the gas station, people start taking it for granted. That happened with light sticks sometime in the 1990s. But with a little creativity, diagonal cutters and Drano, you can reveal—and control—that old black, green, red and blue magic inside.

When you bend a light stick, you break open a glass ampule inside. Diphenyl oxalate in the ampule reacts with hydrogen peroxide in the surrounding solution to form peroxyacid ester, a high-energy chemical compound. The color depends on a phosphorescent dye: When a high-energy ester molecule meets a dye molecule, the ester molecule decomposes and transfers its energy to the dye molecule, which emits that energy as a photon of visible light.

Despite the fact that glowing chemicals are usually associated with danger, light sticks are actually fairly benign. If you follow some precautions, you can open them up and experiment. For example, if you lower the pH of the solution by adding sodium hydroxide, also known as crystal Drano, ester molecules form at a faster rate, making the solution brighter (and using it up faster). 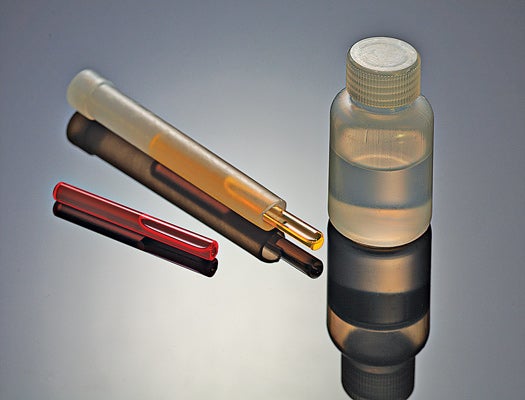 Light in a Bottle

We used diagonal cutters to carefully cut the tops off several dozen light sticks, pouring the outer contents into plastic bottles for later use. The color of the solution inside is often quite different from the color of light it will emit when chemically activated.

I used this effect to add a starry pattern to a psychedelic painting I made by pouring oxalate, peroxide and dye components onto a glass plate. The chemistry is the same as activating a light stick in the ordinary way, but this version just seems more . . . magical.