How to fix the annoying audio delay on your soundbar

You may have to dig deep into your device settings to get everything matched up. 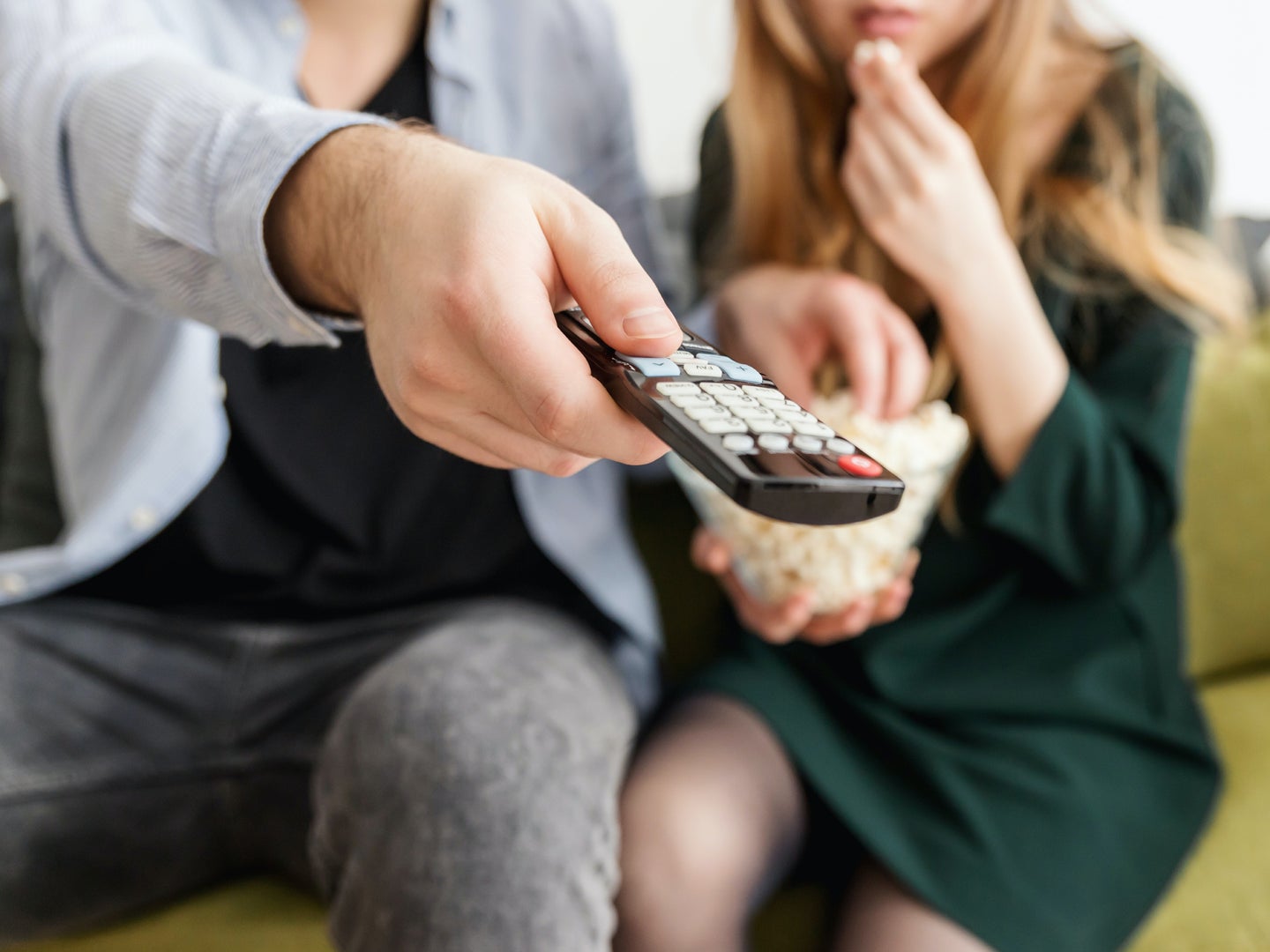 No amount of angrily button-mashing the remote is going to fix the audio delay between your TV and soundbar. JESHOOTS.com/Pexels
SHARE

If you’re unsatisfied with the quiet, tinny sound coming from your TV’s speakers, a soundbar can seriously improve your movie-watching experience. But while most soundbars are space-efficient and easy to hook up, they still have an occasional quirk or two—most notably an audio delay that causes audio and video to be out of sync with the mouths moving on screen. We’ll walk you through how to fix the audio delay in your soundbar.

How your TV and soundbar get out of sync

I’ve tried and reviewed countless TVs and the best soundbars, and audio delay is an extremely common issue. Many people jump to blame a certain brand or model of soundbar, but it’s not always that simple. Frequently, this delay is inherent to how TVs and soundbars decode audio.

“It is a complicated problem,” explains Allan Devantier, vice president of audio research and development at Samsung. “You’ve got all these different formats for audio, so there’s a large amount of number-crunching the TV has to do to unpack it all.”

Specifically, when you watch a Blu-ray or stream a movie on Netflix, that audio is encoded in a certain format—like DTS or Dolby Digital. When that signal is sent to your TV or soundbar, the device has to decode the audio in order to play it over your speakers, and that process takes time. We’re talking milliseconds, usually, but time nonetheless—and higher bitrate formats (like multi-channel Dolby Atmos) might take longer than a low-bitrate stereo track, leading to a more noticeable delay.

If you’re playing that audio on your TV’s speakers, your TV is doing all the unpacking, so it can hold off on sending both the video and audio until the process has finished. But when you introduce another product—like a soundbar—your TV might decode the video while your soundbar decodes the audio. If the TV doesn’t know exactly how long your soundbar will take, it may send the video before the soundbar has finished, leading to a disastrous mismatch of the mouths on screen. Couple that with any other processing you’re doing—like motion smoothing on your TV, or “virtual surround”-type features on the soundbar—and you’re basically guaranteed out-of-sync dialogue. Manufacturers try to fix this audio delay problem on their own, but there’s only so much they can do.

“We analyze all the different variations of streams that can come in, and calculate a best guess of how we should delay the audio and video to keep it synced,” says Devantier. “But it can only be an estimate.” He also tells me their calculations assume a Samsung soundbar, so you may notice more of a delay if you use products that weren’t designed to work together.

All hope is not lost, though. There are a few things you can do to combat this challenge, even if you don’t have brand-matched gear. After hours of testing with countless soundbars for TV over the years, here are a few ways on how to sync audio and video that I’ve found.

Adjust the audio delay on your TV or soundbar

Let’s start with the obvious: many TVs and soundbars have a built-in “audio delay” or “lip sync” setting that aims to play the two in tandem. You’ll find this in the audio settings of your TV and/or soundbar, and if you’re lucky, adjusting it a few notches may fix the problem.

Unfortunately, many TVs and soundbars only allow you to adjust it in one direction: delaying the audio. But if your audio and video are out of sync because the audio is behind the video—i.e. already delayed—delaying it further obviously won’t help. Ideally, your TV or soundbar would offer a negative delay, sending the audio a few milliseconds earlier (or the video a few milliseconds later). Many devices I’ve tested—including the LG TV, Vizio TV, Vizio soundbar, and Samsung TV I own—do not allow adjustment in both directions, which makes the feature all but useless against audio delay. To their credit, though, Devantier tells me Samsung has done a lot of work on this problem over the past few years, and 2020 models now have the ability to adjust its delay in both directions—though I haven’t yet tested its efficacy myself.

If you’re lucky, your streaming box or Blu-ray player might have its own audio adjustment feature. This is less common, in my experience, but it’s worth a shot. If none of these lip sync features solve the problem, though, you’ll have to get a bit more creative to fix the audio delay.

Turn off audio and video processing

Dig through your TV and soundbar’s settings for any features that alter the video and audio in some way. In particular, look through your soundbar’s menu for equalizer settings, presets like “movie” and “sports” mode, dialogue enhancers and volume levelers, or features like “virtual 3D” surround sound. Turn them all off, and you should find the delay is much smaller, if not eliminated. All those features require processing on the part of your device, which takes a few milliseconds of time.

Change the audio format on your TV

In my experience, this lip sync problem is most common when sending audio from your TV to your soundbar using HDMI ARC or optical out. Your TV sends the audio to the soundbar, the soundbar takes a moment to unpack the signal, and sends it out after the corresponding video has reached your eyeballs.

However, your TV may be able to do this audio unpacking process itself—taking the load off your soundbar and allowing the two to stay in sync. In your TV’s audio settings, see if you can change the audio format to PCM instead of Dolby Digital, bitstream, or passthrough. I’ve found this fixed the audio delay on all my TVs.

However, this does come with its own downsides. Some TVs can’t decode certain formats, like DTS or Dolby Atmos, which means this trick won’t work on movies encoded in those containers. It also could mean you lose multichannel audio—if your soundbar only contains two speakers, that’s fine, but if you have a 3.1 or 5.1 soundbar, you’ll lose your surround sound, which makes this solution a non-starter.

Plug your source into the soundbar instead of the TV

The best solution, in my opinion, is to re-configure how your soundbar and TV are connected. If your Roku is connected to your TV, which then sends audio to your soundbar over HDMI ARC or optical, you’ll have to use the above (often imperfect) solutions to mitigate the delay. But if you plug your Roku into the soundbar, then pass video through the soundbar to the TV via HDMI cable, any delay caused by audio processing will disappear—because your soundbar will wait to send the video to the TV until all its work is done unpacking the audio. (This may introduce a video delay instead, if your TV is doing its own processing, like motion smoothing, but you can use the lip-sync feature on your soundbar to delay the audio to match.)

Despite being the ideal audio delay fix, I mention this last because it comes with one big downside: most soundbars don’t have many inputs. In fact, most affordable soundbars only have one HDMI In port, which means if you have a Roku, a Blu-ray player, and a game console, you won’t be able to plug them all into the soundbar at the same time (unless you use an HDMI switcher, which just introduces more wires and complexity). It also doesn’t work if you use your TV’s smart apps to watch Netflix, or if you watch local channels on an antenna plugged into your TV—in those circumstances, there’s no external box to plug into the soundbar, so you’re forced to route audio to the soundbar over delay-inducing HDMI ARC or optical.

You can see how such a simple thing gets complicated quickly. If you’re lucky, your TV or soundbar will be one that allows the lip sync feature to adjust in both directions—or at least you’ll have a higher-end soundbar with enough inputs for all your devices. If not, you’ll have to play around with the above tweaks to get things close enough.