With Tiny Smartphone Spectrometers, Everybody Can Be A Chemist

Find out what’s inside the stuff around you 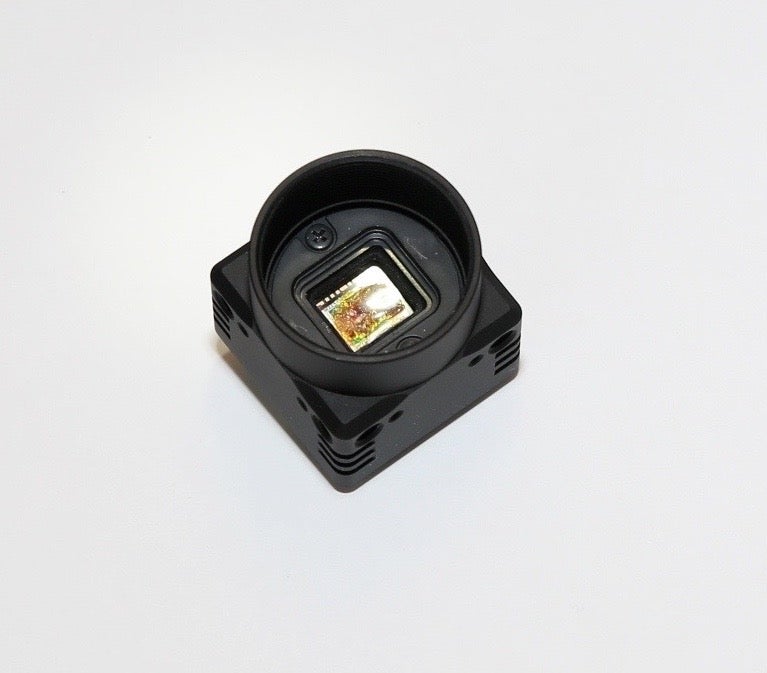 Spectrometers are one of the most important tools in science. By measuring the various properties of light coming from or bouncing off an object, the device can help scientists figure out what paint is made of, or detect the composition of faraway stars. In the past, the machines have been too large to really be used anywhere but the lab. But now researchers from MIT have used quantum dots to make spectrometers that can fit in a smartphone, according to a study published yesterday in Nature. Having all that computational power in the palms of their hands could help scientists diagnose of diseases (especially skin conditions), test urine samples, or identify food contaminants.

A spectrometer works by taking in electromagnetic waves from an external source, putting it through a grating used to separate out the different wavelengths (the earliest spectrometers used prisms for this), and detecting various properties of the resulting bands of light, such as their intensity and polarity.

Quantum dots–nanocrystals made of different combinations of metals–provide a variation on the same concept. Each quantum dot can absorb a slightly different wavelength of light depending on the dot’s makeup. So when a thin film of quantum dots is placed over a photodetector like a smartphone camera, a finely tuned algorithm can decode the light that’s let through to determine the properties of the original light source. The study authors tested their initial version with 195 dots that could be used for several different readings, with a resolution only slightly lower than the bulky lab spectrometers. 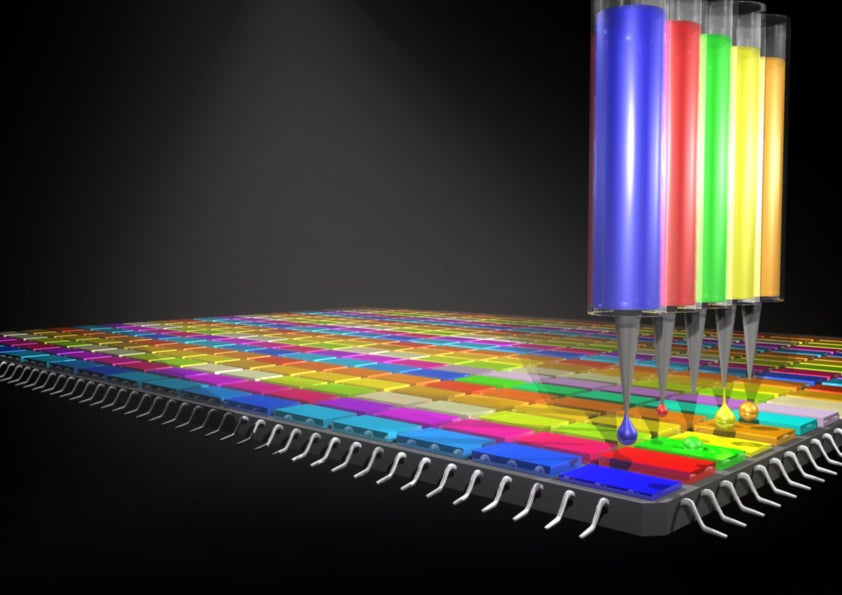 An illustration showing the process of making a quantum dot spectrometer chip, by printing drops of quantum dot inks onto a detector array.

The quantum dot arrays are essentially printed on a film, so they would only cost a few dollars to produce, the study authors note. And though the researchers want to make their films slightly more accurate and higher-resolution, it’s not crazy to think that they might hit the market fairly soon. “Of course we still have a lot of room for improvement. But performance-wise, even at this preliminary stage, our spectrometer works very close to what’s currently being sold in the market,” Jie Bao, the study’s lead author, told Popular Mechanics. “I think that’s one of the most attractive results of our research: [This spectrometer] is already so close to a real product.”