Our best view yet of the dwarf planet's mysterious bright splotches 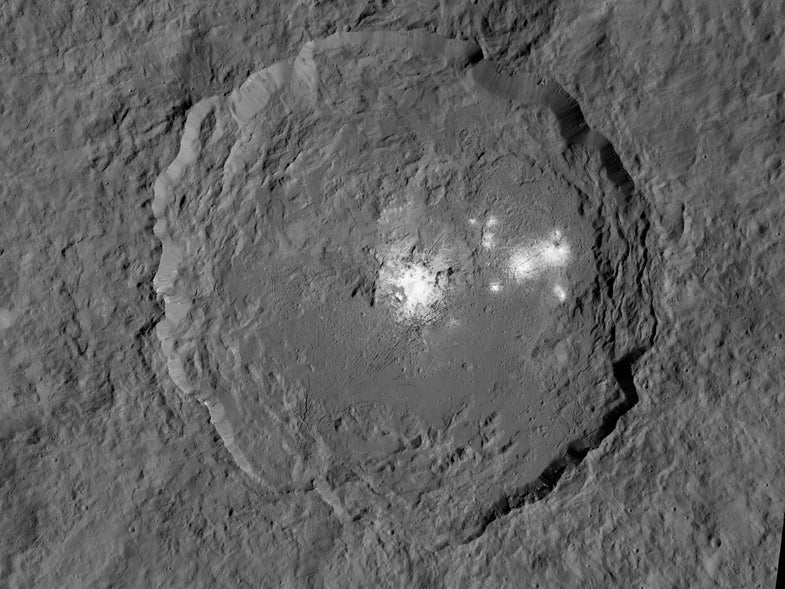 The Dawn spacecraft has just sent back some great new views of the dwarf planet Ceres. Dawn is orbiting about 240 miles over Ceres’ surface–that’s about as close as it’ll get before the mission is scheduled to end in June, so these images will be some the best we’ll get out of the probe.

In this batch, released today the mysterious bright spots that dot the dwarf planet’s Occator Crater are of course the center of attention. Scientists aren’t sure what the spots are made of, but they could contain water ice and salt. The ongoing investigations from Dawn’s 240-mile orbit, at which it arrived in December, could help shed light on the contents of the crater.

“The intricate geometry of the crater interior suggests geologic activity in the recent past,” Ralf Jaumann, planetary scientist and Dawn co-investigator at the German Aerospace Center, said in a press release, “but we will need to complete detailed geologic mapping of the crater in order to test hypotheses for its formation.”

Meanwhile, enhanced color maps reveal the composition of Ceres’ surface, as well as subsurface. For example, the diversity of materials inside Haulani crater suggest that the dwarf planet’s interior is made of a mix of things, or else the impact changed the materials there. 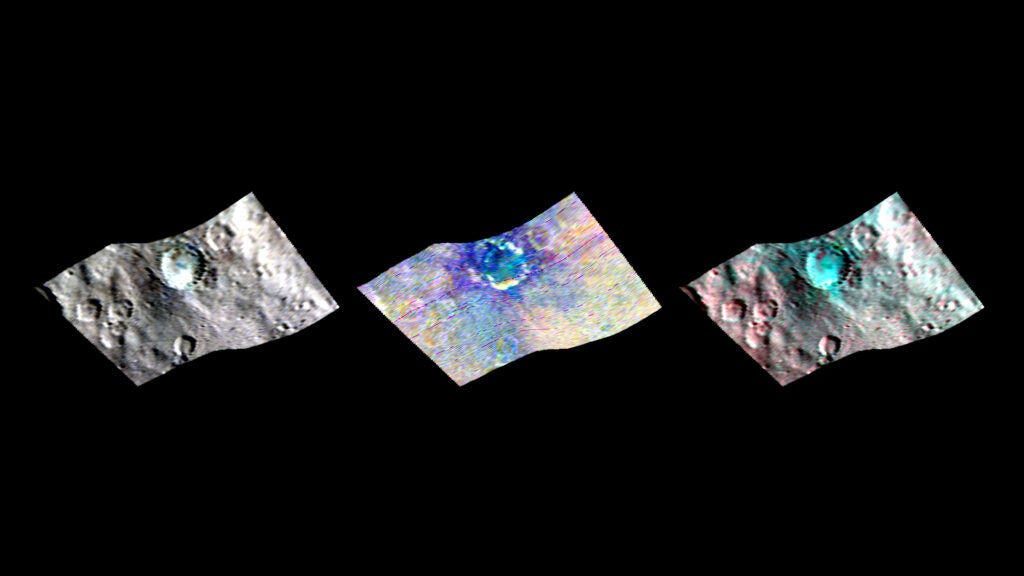 Visible and infrared data reveal the crater’s brightness, mineralogy and temperature. The false-color image at the center shows that the crater’s interior is made up of a variety of materials that are different from its surroundings.

In addition, Dawn’s neutron detector has found hints that water may lie underground at Ceres’ poles. Says Dawn co-investigator Tom Prettyman: “Our analyses will test a longstanding prediction that water ice can survive just beneath Ceres’ cold, high-latitude surface for billions of years.”

The mission scientists hope to find out more as they sift through the spacecraft’s data.