How it Works: The Fastball

The biomechanics behind throwing 100 mph without ripping your elbow apart 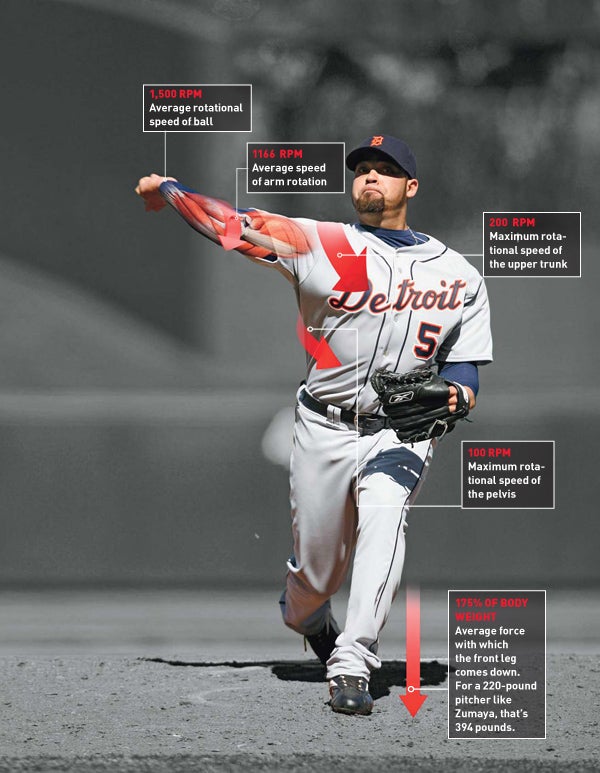 The Tigers' Joel Zumaya is one of the hardest throwers in baseball. Unoffically, his fastball has been clocked at 104 mph. G. Newman Lowrance/Getty images; Medi-Mation
SHARE

The slingshot move of a pro pitcher’s shoulder is the fastest recorded action in sports. A pitch’s power, however, is generated by his entire body. For a right-handed pitcher, the chain of kinetic energy starts as soon as he lifts his left leg and faces third base. The energy of that foot landing transfers into the rotation of the trunk and then finally unleashes in the arm whipping around at the elbow. Glenn Fleisig, the research director of the American Sports Medicine Institute, has found that the hardest throwers rotate their pelvis toward home plate and follow with their trunk less than a tenth of a second later, snapping their bodies like a whip.

New Thinking: Conventional wisdom has long warned against young pitchers throwing curveballs for fear that the extreme stress it puts on the elbow can tear the ulnar collateral ligament [see below] or even break their growing bones. A new study published by Fleisig earlier this year in the American Journal of Sports Medicine showed that the fastball actually puts slightly more stress on the player’s arm than a curveball. The bigger risk factor, the study concluded, is how many pitches are thrown. Based on this research, Little League Baseball just instituted its first pitch-count limits: 50 pitches a day for eight-year-olds, scaling up with age. 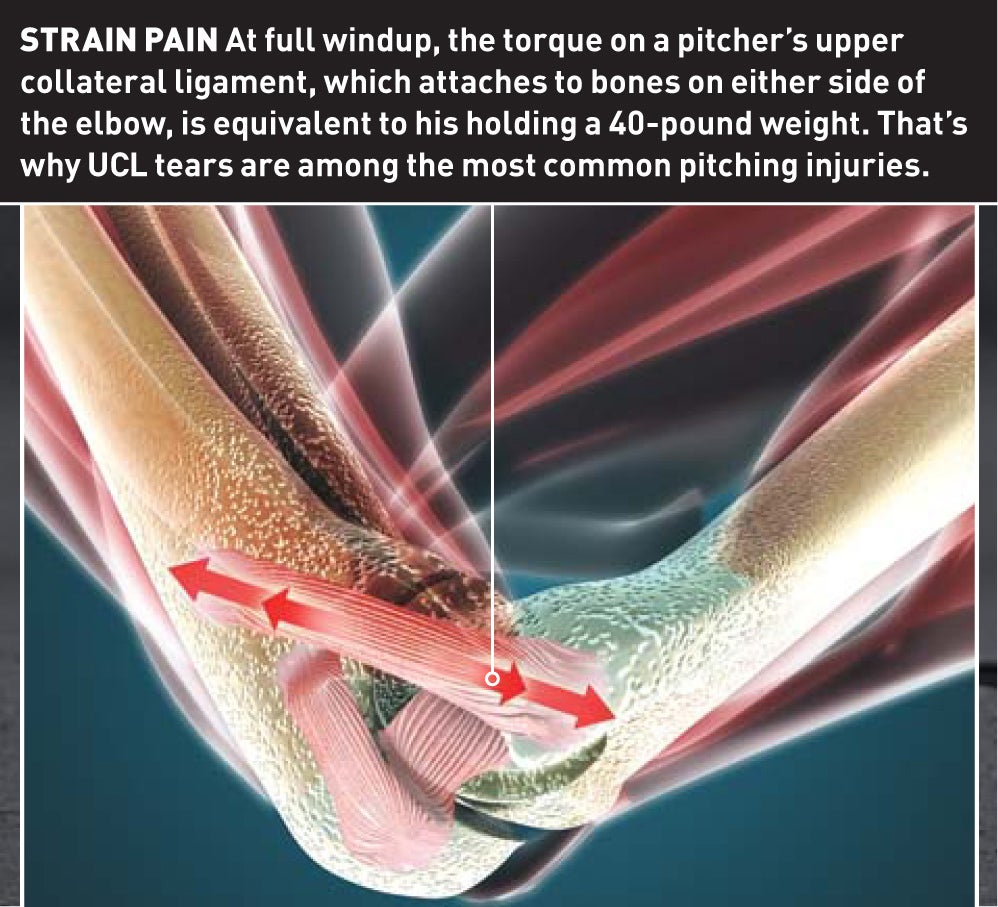