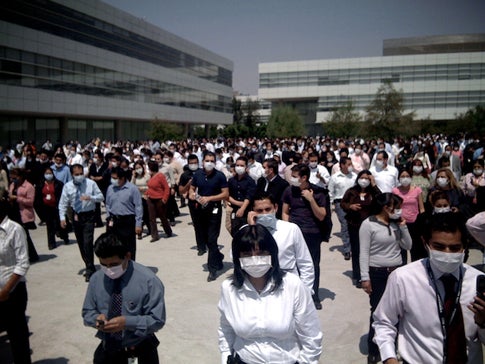 After weeks of waiting, after months of “will they or won’t they” speculation, after fortnights of fear mongering and resultant hype backlash, the World Health Organization (WHO) has finally bit the bullet and declared H1N1 influenza a global pandemic.

Now, before you begin hording canned goods or accusing the media and the government of colluding to hype the disease for their own gain, take a second and look at what the WHO means by pandemic.

The pandemic rating refers only to the current dispersion of the virus, and the virulence that allowed the disease to spread so well. It does not, in anyway, refer to the danger posed by the disease. For instance, the herpes virus exists at pandemic levels, with 500 million people, and 16% of people between 15 and 49 years-old, carrying the disease. And yet, despite it being a pandemic, the virus has an extremely low mortality rate.

Of course, unlike herpes, the flu does kill. The seasonal flu kills around 30,000 Americans a year, and the current H1N1 outbreak has claimed the life of 27 Americans (12 of which were New Yorkers). However, the death rate distracts from the larger, more widespread impact of the pandemic.

It is in the realm of economics, not life and death, where the effects of this pandemic will manifest itself. In New York City alone, 57 public schools have closed down since the beginning of the outbreak, and many more children have been kept home from schools that stayed open. That many children staying home means in many cases, their parent(s) taking off of work. Time lost at work due to a sick child, a closed school or the employee themselves being sick significantly impact an economy already on the ropes from the financial crisis. As mentioned in a previous post, economists and epidemiologists estimate that, through lost work, insurance premium rise, and medical costs, the flu pandemic might contract the US economy by around 1 percent. For countries worse prepared to deal with the pandemic, the economic costs will be much worse.

And it is those economic problems that the WHO pandemic alert targets. The WHO does not intend the pandemic rating to affect individual behavior. Instead, the different pandemic rating levels simply indicate a shift in the suite of recommendations the WHO thinks governments should follow to limit the economic impact and spread of the disease. So while the change in rating does indicate that the virus has, and will continue to, infect a large portion of the world’s population, it does not suggest any personal changes in behavior. Unless you currently don’t wash your hands after riding the subway. In which case, gross.

Ultimately, while the WHO announcement might signal a good time for business to develop a plan if large numbers of employees get sick, or for families to think about what they’ll do if a child or parent falls ill, this announcement in no way means that humanity has crossed the precipice towards viral Armageddon. So AMC can stop showing Outbreak all the damn time and get to that Mad Men third season I’ve been waiting for!