A new plan is raising eyebrows in the conservative whisky industry 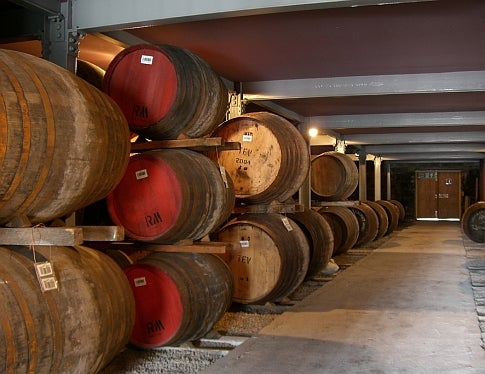 At the New York WhiskyFest this week, nobody wanted to talk much about technological innovations in the industry. Most of the whisky professionals I asked assured me that there was no such thing as innovation at their tradition-steeped distillery — they were doing everything the same way it had been done for generations, thank you very much. Some distillers seemed put out that their companies had recently embraced such cutting-edge twentieth-century technology as labelling barrels with bar codes. The marketing side of the business is innovating to beat the band — look for a new Irish whiskey called Feckin and a new rye called (rī)1 coming soon to bars near you — but the production side remains defiantly old-fangled.

The Fest-goers I talked to were largely abuzz about one recent and highly controversial innovation. Diageo, the largest spirits company in the world, producer of Johnnie Walker, Bushmills, single malts like Lagavulin and Talisker, and many other beverages, recently announced an innovation that could save the company millions of dollars every year. It’s a simple plan; you’ve probably done something similar in your own kitchen. They plan to wrap the barrels they use to age their whiskies in giant sheets of plastic wrap.

The “angels’ share” is the poetic industry term for the portion of whisky that evaporates from the barrels in which the spirit is aged. As whisky matures over years and even decades, it gains flavor and color from the wood in which it’s stored. The commonly cited figure is that 65 percent of a whisky’s flavor comes from the wood, although I’ve never been sure what study produced that number.

In warmer weather, the volume of liquid expands, seeping into the surrounding wood, from which it leaches flavor compounds such as vanillin; when the weather cools, it contracts back out of the wood, bringing some of that flavor with it. To the dismay of the distillery accountants, some of the liquor that’s soaked into the wood leaves the wrong way, winding up on the outside of the barrel, where it evaporates. The typical loss is about 2 percent every year, which adds up: at the Fest I tasted from a barrel that, due to excessive aging in excessive heat, had lost all but a couple of bottles’ worth of its precious whisky.

Sealing barrels in non-porous cling film will prevent this loss — when a barrel is finally unwrapped, the scheme goes, it will be as full as it was 30 years before when it was filled. According to an article in the Glasgow Daily Record, the process “is not thought to affect the taste of the whisky,” but it’s not only the strictest traditionalists in the whisky world who express doubts about that.

Since so much of a whisky’s flavor comes from the interaction between spirit and wood, any tinkering with that process is bound to affect the final product. During normal evaporation, as the angels’ share gradually disappears from the barrel, it is replaced by air. The effect of this progressive interaction between oxygen and liquor is not fully understood.

Another unpredictable situation may arise as a quantity of liquor collects between the outside of the barrel and the inside of the plastic wrap, keeping the barrel surface unwontedly moist.

But far be it from Popular Science to frown on innovation. The proof, of course, will be in the tasting.