The Science of Scotch

Get the scientific low-down on that religiously-revered drink 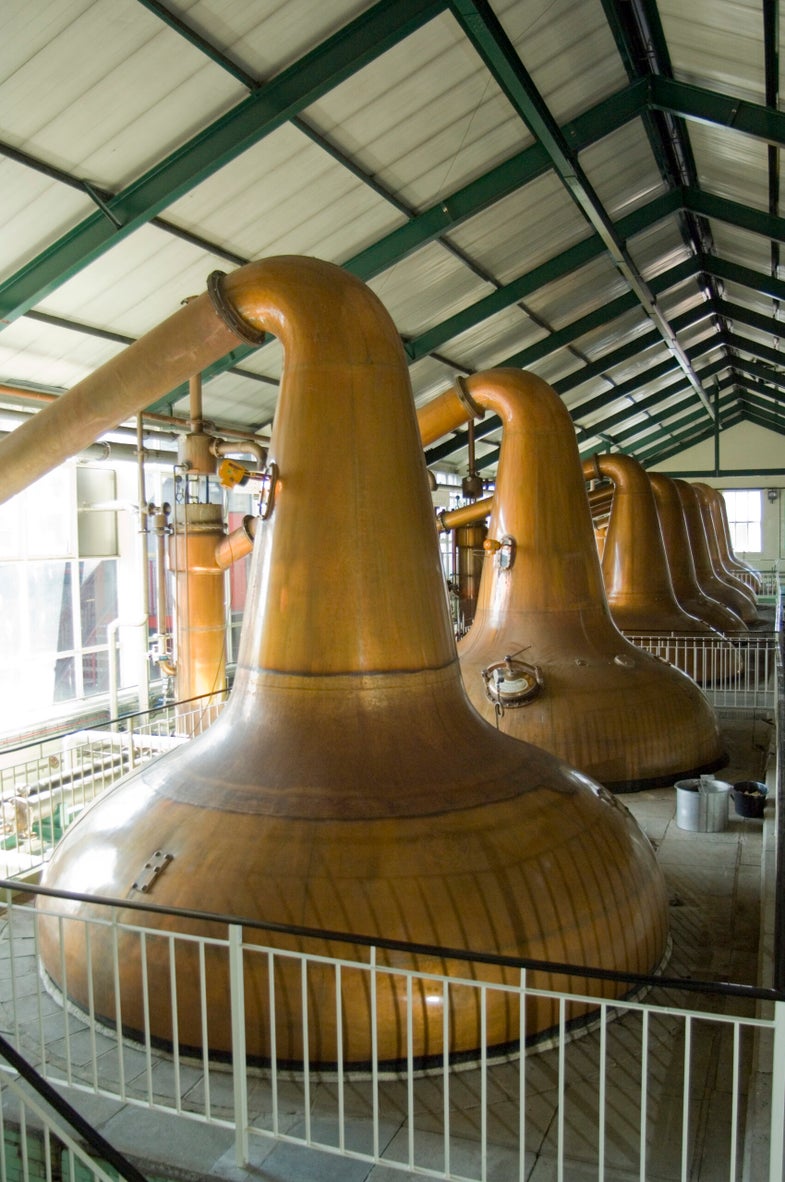 While most scotch whiskey terminology veers towards the religious, the so-called “water of life” has been subjected to more scientific scrutiny than one might expect. But it’s still a work in progress. Earlier this week at the New York Academy of Sciences, Simon Brooking, Master Ambassador for Ardmore and Laphroaig distilleries, appeared in his traditional clan tartan to walk a crowd through the chemistry behind the whiskey. 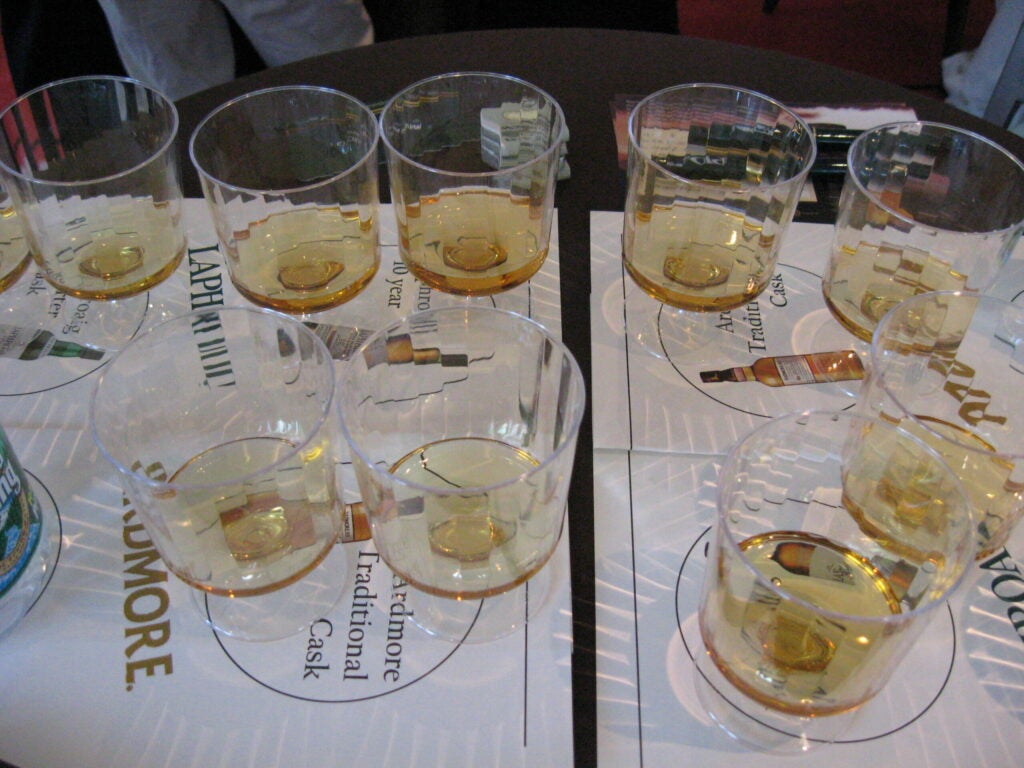 As Brookings noted between Scottish toasts and more than a few drinks, the distinctive flavors and textures of scotch whiskies result from three chemical reactions. The initial smoking of the grain with peat fires creates the smoky and sea salt taste distinctive of certain scotches by infusing the barley with large carbon rings called phenols. Those are released from the burning peat; then differently shaped copper kettles determine the texture of the whiskey by regulating how much of the whiskey reacts with the copper during distillation. Finally, the aging in oak barrels gives the whiskey a chance to oxidize, creating chemicals like iso-amyl acetate, or banana flavor.

According to Robert Hicks, Master Blender at the Ardmore distillery, scientific analysis of scotch has uncovered over 800 chemical compounds that affect the flavor of the whiskey. While some of those chemicals exist in only small quantities (the iodine flavor chemical makes up only 5 parts per billion in Laphroaig), their impact on the taste can be immense. However, despite all the technology available to distillers, most still test their scotch the old fashioned way. “There’s a lot of analysis that’s done at the lab,” said Brookings, “but for us down in the distillery, we still like to do it by taste.”