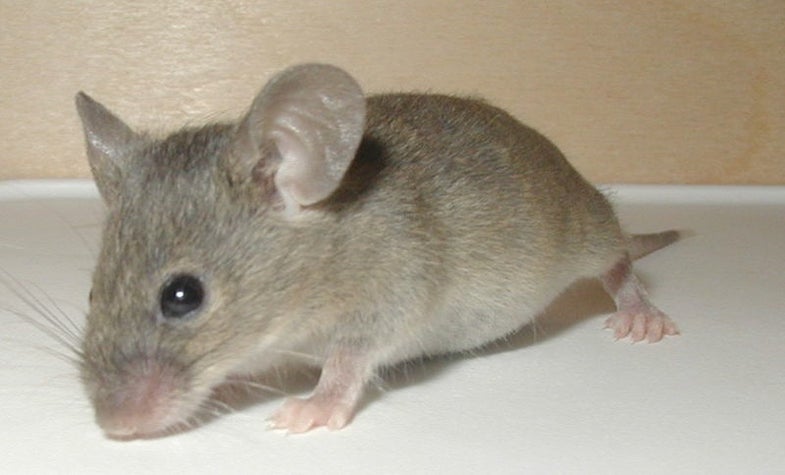 Apparently men and women are not that different after all. In fact, the sexes are so similar that women have to fight their entire lives just to remain women — at least on the genetic level.

A new study finds that turning off just one gene, shared by all mammals, turns ovarian cells into testosterone-producing cells found only in the testes — and this is in adults.

In the study, published in the new issue of the journal Cell, researchers knocked out a female-promoting gene in adult female mice. The FoxL2 gene works by suppressing a male gene. When FoxL2 is switched off, the male gene, called Sox9, takes over, sending signals that turn ovarian cells into cells normally found only in the testes. The female mice produced as much testosterone as male mice, about 100 times higher than the concentrations normally found in females. Essentially, the ovaries turn into testes.

A mouse with this gene manipulation is able to produce male sex hormones, but is infertile, the researchers say.

The findings suggest that maintenance of womanhood, or at least of the ovarian phenotype, is an active process throughout life, according to the researchers. The constant struggle between female and male genes could help explain changes like facial hair and a deeper voice among post-menopausal women, for instance. It could also illuminate genetic issues in transsexual people, perhaps explaining why some seek gender-reassignment surgery.

Co-author Robin Lovell-Badge, from the Medical Research Council’s National Institute of Medical Research in north London, told the Independent newspaper that the therapy could provide an alternative to those surgeries.

“It’s still very speculative, but it’s possible that this approach could produce an alternative to surgery and the removal of gonads — ovaries and testes,” Lovell-Badge said.

The gene is shared among mammals, so it’s not related to the rise of intersex fish throughout the U.S. Gender transformation is common among some fish species, and even the unusual increase in intersex black bass can be attributed to synthetic human hormones in the water supply, rather than a genetic change.