The author of SF classics such as 2001: A Space Odyssey and Rendezvous With Rama left behind a mighty legacy of technology both real and fantastical. 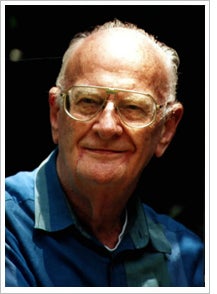 March 2008 has been a rough month for nerds. First came the passing of D&D co-creator Gary Gygax. Now we hear that one of the mightiest names in science fiction, Arthur C. Clarke, has died.

Clarke, author of some of the genre’s classics such as 2001: A Space Odyssey and Childhood’s End, was a tireless enthusiast for science and technology. Arguably, though, Clarke’s most striking contribution to humanity, published in a paper in 1945, was his idea of using geostationary satellites as communications relay stations.

Rest in peace, Mr. Clarke. You will be sorely missed.

Check back later this week for more on Clarke’s contributions to the world we PopSci editors and readers alike know and love so well.

Have anything to add? Have a favorite Clarke work that’s special? Feel free to let us know in the comments. Mine? Rendezvous with Rama, all the way.