Is flesh-eating bacteria really as scary as the new movie makes it seem? Popular Science investigates. 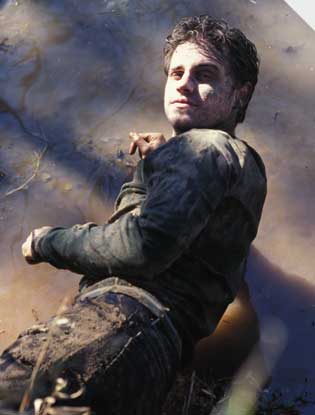 Cabin Fever, a thriller that explores the fear associated with necrotizing fasciitis–more commonly known as flesh-eating bacteria–is hitting theaters this week. In the movie, teens in a remote cabin (where else?) begin to turn on each other after one of them contracts the bacteria, with predictable results. But is the truth of the disease as scary as the movie? We spoke with James Musser, Chief of the Laboratory of Human Bacterial Pathogenesis at the National Institute of Allergy and Infectious Diseases, Dennis Stevens, Chief of Infectious Diseases at Boise Veteran’s Affairs, and Victor Nizet, an Associate Professor of Pediatrics for the Division of Infectious Diseases at the University of California, San Diego, about what is known–and not known–about the bugs that eat your skin.

Popular Science: Cabin Fever is a movie about young adults vacationing in a cabin in the woods who confront the terror of having to kill to avoid infection when one of them develops necrotizing fasciitis. How does one get contract the disease?

Dennis Stevens: [Necrotizing Fasciitis] is actually caused by a bacterium–Group A Streptococcus–not a virus. It’s necessary to have Group A Streptococcus in the environment but not sufficient. In the big picture, the likelihood of getting necrotizing fasciitis is remote unless you were all cut up.

PS: Who typically gets necrotizing fasciitis?

Victor Nizet: In the last decade we’ve seen a large increase in reports occurring in otherwise healthy children and adults. Although we see it in a wound, after surgery, or a cut or a scrape, up to 50 percent of people infected [with necrotizing fasciitis] don’t have any wound or known complication. For many it’s their first serious medical problem. That’s one of the frightening things about it.

PS: What are the symptoms of the disease?

VN: Sometimes the pain is out of proportion to what you see going on in the skin. I’ve seen it everywhere there’s flesh: face, eyes foot, hands, abdomen. It could be misdiagnosed as appendicitis if in the abdomen or a heart attack if in the chest when what you really have is an infection spreading beneath the skin.

PS: How contagious is it?

VN: You and I have probably had the potentially dangerous necrotizing fasciitis-causing bacteria in our throats. Washing your hands when you’re around anyone with strep is prudent, but risk of outbreaks spreading from person to person as indicated in this movie, there are few examples of that in actual medical experience.

PS: How quickly does it spread?

VN: If you have necrotizing fasciitis you have a life threatening condition that could spread to kill you within hours. Once you have it you can go from swollen calf to death’s door within a period of days.

JM: When necrotizing fasciitis is recognized it’s usually pretty far along. It can spread about an inch every couple of hours in its most fulminant form.

PS: You are caught in a cabin with necrotizing fasciitis. What do you do?

VN: What a surgeon would do is debreed [remove] the necrotic tissue. If you are of the same mindset as that guy who was caught in the woods and cut off his arm, you could perform your own amputation. That might buy you a little time.