The House That Philly Built

Engineered to thrill fans and intimidate opponents, the eagles' new NEST is tricked-out and ready to rumble.

$330 million will buy one heck of a pad. Just ask the Philadelphia Eagles. This month, they move into their new home, a brand-new, state-of-the-art multimedia
coliseum. Here’s an inside look at Lincoln Financial Field, the most high-tech stadium in the NFL.

2. By 2008, the stadium’s management plans to offer instant replay and alternate-angle viewing over fans’ wireless devices. The infrastructure for that is already in place, and architects predict fans will receive real-time stats and archived video over their PDAs and cellphones as early as 2004.

3. Sixty percent of the stadium’s seating is on the lower level.

4. The 23-foot steel metaphorical â€talons” at the north and south ends of the
stadium are extensions of the structural supports.

5. Lincoln Financial Field is designed for socializing, with three open plaza
areas where fans can congregate. At Veterans Stadium (the Eagles’ former home), the only place large enough for the notoriously enthusiastic fans to
gather was the basement holding cell.

6. Sideline seats are just 60 feet from the playing field.

7. The 700-plus speakers hidden under the
overhangs are angled to reduce echoing.
Controlled by computers, the system allows section-specific messaging and adjusts
speaker volume to compensate for crowd noise-which during playoff games
can reach 105 decibels. That means you’ll hear the announcements no matter how rowdy the stands get.

8. LED boards around the outside of the stadium
broadcast the game to tailgating (or ejected) fans.

The 96- by 27-foot LED displays spanning each end zone are the lowest in the NFL and give every fan an unobstructed view. However, the 60 tons of air-conditioning equipment needed to cool each display produce enough mechanical vibrations to make nearby luxury suites shake like giant paint agitators. Spring isolators divert the excess energy into concrete pylons and steel beams. Throughout the stadium are 991 other TVs, 285 of which are plasma screens. The display system is controlled by a 1,700-square-foot,
$2.2 million production suite.

Situated near the river on swampy debris-filled land, the stadium was built on less than ideal soil. Designed not to penetrate the shallow water table, the stadium sits on 3,600 concrete-filled steel piles, which in turn rest on a bed of rocks. A detection system was installed under the stadium to monitor for possible pockets of methane gas produced by decomposing trash.

1. Roof wings hovering over the east and west sides deflect sound back into the stadium.

8. Concrete-filled steel piles are 16 inches in diameter and brawny enough to keep the
stadium from sinking.

The field is seeded with Kentucky bluegrass, which can be cultivated to remain soft and flat in all weather conditions. A mixture of water and glycol travels through 28 miles of subterranean plastic hoses to warm or cool the field according to sun and shade conditions. When it rains, a vacuum-powered drainage system sucks out moisture
to prevent oversaturation. 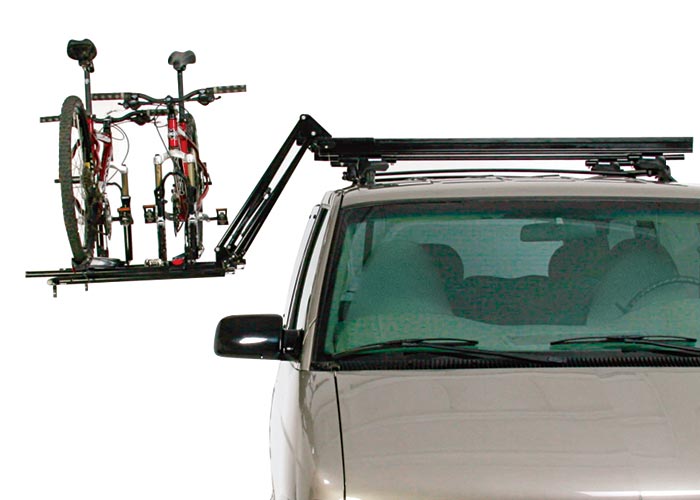 The Yakima E-Z Load delivers equipment from a vehicle’s roof to its side with minimal effort. The articulating arms that swing the apparatus down are controlled by two matching gas shocks that are hardier versions of those found in a car’s trunk lid. On the descent, the shocks–filled with nitrogen and sealed by a jacket of hydraulic fluid that changes shape as the piston moves but never changes volume–compress to check the rack’s movement. Push the rack back up, and the shocks kick in with 20 pounds each of assist. $400 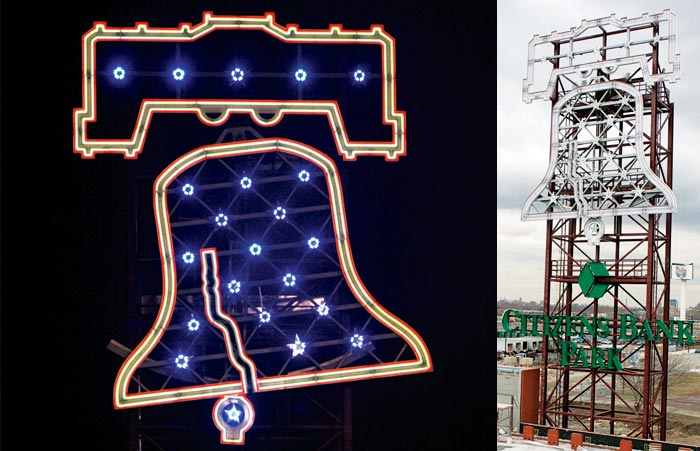 A new fixture at the Philadelphia Phillies’ stadium, this 6,250-pound neon Liberty Bell relies on hydraulics to swing after home runs. The tricky part was keeping the bell from wobbling at the end of its 7.5-degree arc. When not loaded, the fluids collected at the low points in the lines and stayed there until pressurized; when reloaded, they sloshed around, shaking the piston and, in turn, the bell. Since the last thing Philly needed was two broken Liberty Bells, engineers programmed the hydraulic cylinder to stop midcycle so that the pistons remain under constant load. Bleacher seat: $22 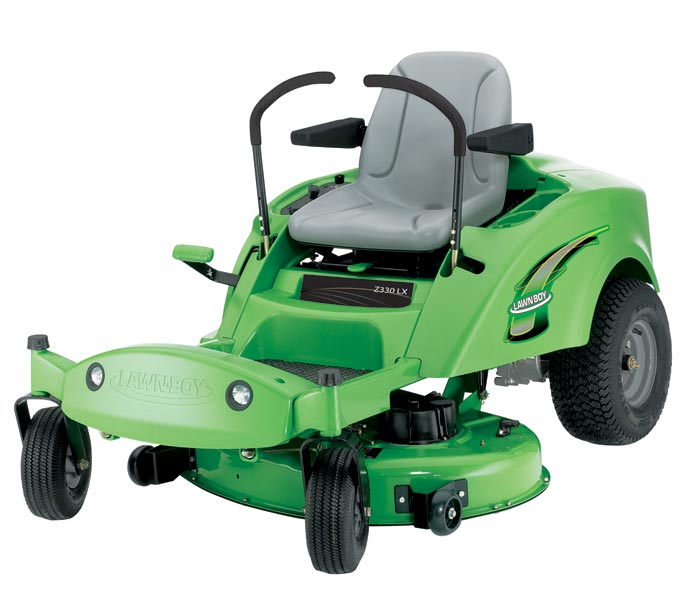 Lawn-Boy’s zero-radius-turning (ZRT) mower uses independently rotating rear-drive wheels to spin around a single point. The engine runs hydraulic motors at each rear axle, and the steering handles manage how much fluid goes to each motor. Pushing the handle increases flow and, proportionally, speed. $3,800