Animals That Look Alike But Aren’t

There may be a lot more biological diversity on Earth than meets the eye. 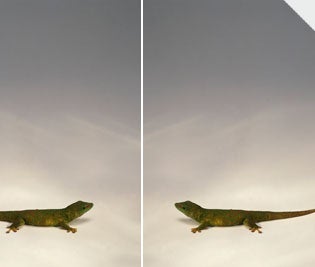 Scientists have invented a term for species that look alike but have different genes: cryptic biodiversity.

Now that scientists can analyze the DNA of any species, they are discovering that many animals that look indistinguishable are actually quite different at the genetic level-different enough to be classified as separate species. That means there may be a lot more biological diversity on Earth than meets the eye.

For example, biologists at the University of California, Berkeley, recently reported the discovery of a new species of Mexican salamander, Lineatriton, that looks identical to another species living several hundred miles away. Only DNA testing can tell them apart.

“We were so surprised we did the DNA analysis again,” says David Wake, who discovered the new salamander with Gabriela Parra-Olea, a former graduate student now at the University of Mexico. The second analysis confirmed that the two salamanders are distinct species. “They don’t mate with one another, and they live in totally different geologic and ecologic areas,” says Wake.

Scientists have invented a term for species that look alike but have different genes: cryptic biodiversity. Other examples have turned up in birds, snakes, whales, fungi, and flowering plants. “Biodiversity has been grossly under-reported,” says Wake.