To study how his brain analyzes different songs. And because they could. 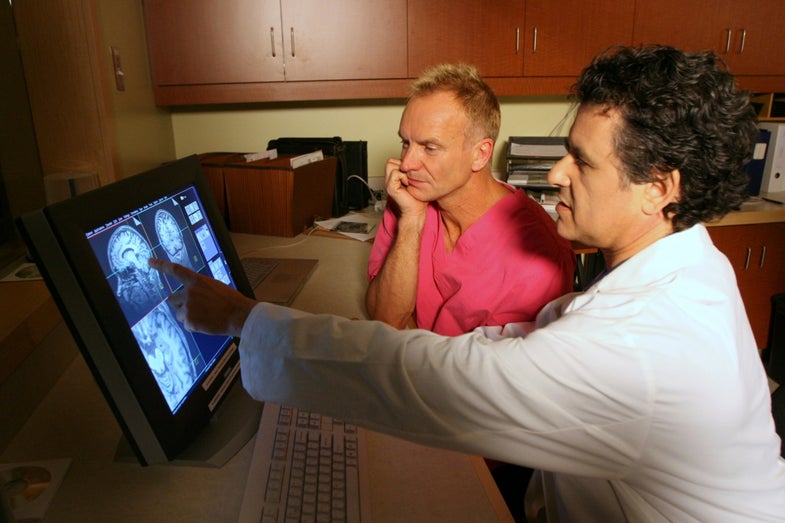 If you’re a scientist and Sting asks for a tour of your lab, you say yes—and ask to scan his brain.

While in Montreal for a concert, the musician paid a visit to cognitive psychologist Daniel Levitin at McGill University. Now, Levitin and his colleague Scott Grafton (of the University of California, Santa Barbara) have published their analysis of the fMRI images they made of Sting’s brain.

“State-of the-art techniques really allowed us to make maps of how Sting’s brain organizes music,” Levitin said in a statement.

The team saw that composing awakened brain regions distinct from those used in writing or other creative work. However, Sting used similar brain areas while listening to and imagining music. The scientists also observed the patterns of activity in Sting’s brain as he listened to various songs to see how similar he found them.

Unlike the scientists, Sting perceived songs such as his “Moon Over Bourbon Street” and Booker T. & The M.G.’s “Green Onions” as related. As it happens, they share the same key and tempo.

In future, the scientists believe this technique could be used to show how musicians, writers and other artists find unexpected links between ideas.