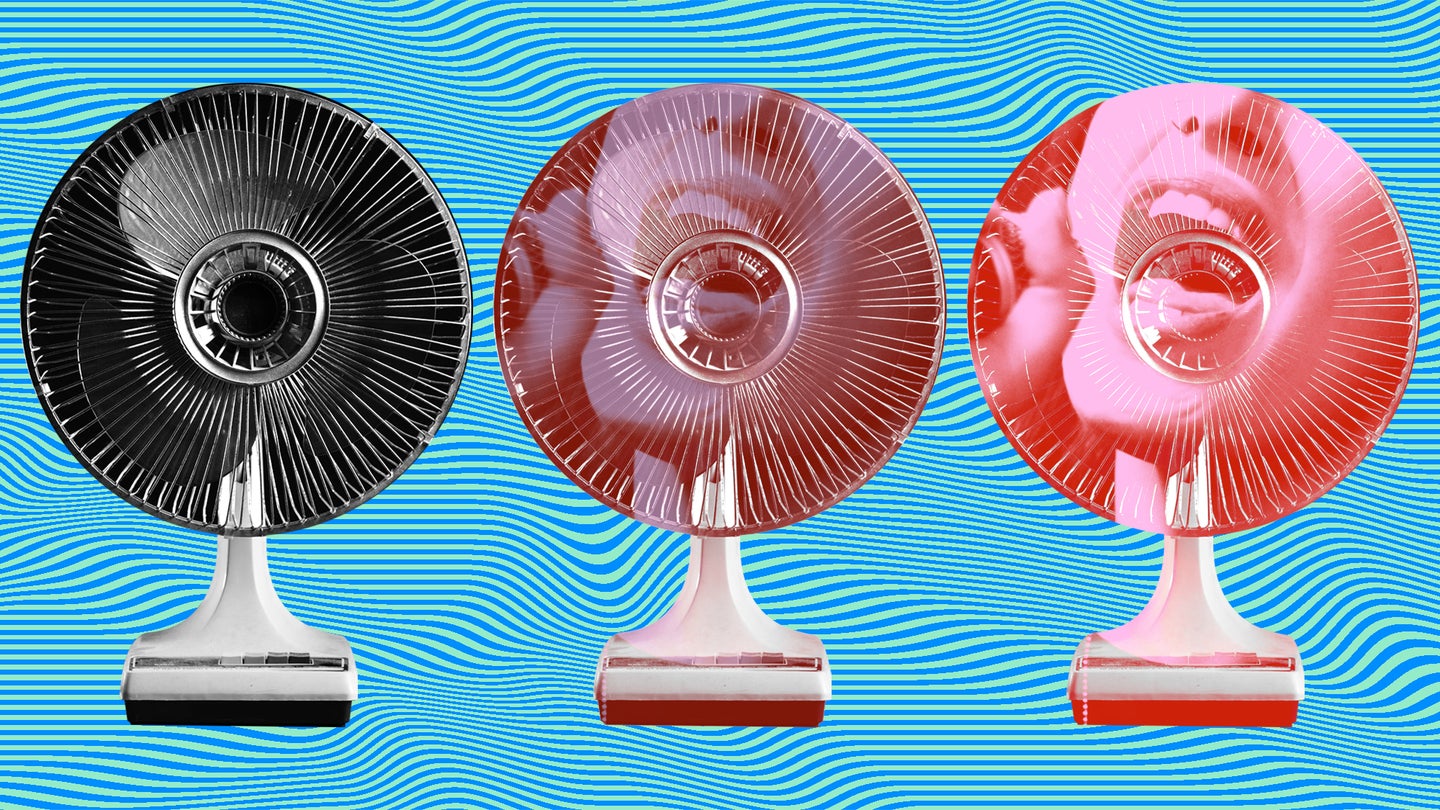 “Your brain is always looking for patterns, whether they’re visual, auditory, or anything else.”. Tyler Spangler / Popular Science

Why our brains hear words and songs in random noise

Hearing and psychology experts explain audio pareidolia, or why your fan sounds like it’s talking to you.

THE ILLUSION typically starts the same way. You’ll hear a conversation between two familiar voices, or the lyrics to a beloved song. It’s alarming because, as far as you know, you’re alone, and there’s no music playing either. The only noise in the room is the uneven vibration of a fan or the sound of water rushing from your shower head.

As disconcerting as this may be, don’t worry. You’re (probably) not tripping; you’re just experiencing audio pareidolia.

Audio pareidolia is a weird but common experience that happens when you perceive words from a random noise. The trigger for the phenomenon varies from person to person. For some, it’s their fan or running water. Others might hear a melody within their aquarium filter’s bubbling, low-speed motors, airplane engines, or the noise from driving down the highway.

While it feels somewhat like a hallucination, hearing and psychology experts assure us that it’s not. Instances of audio pareidolia are different from hallucinations in that you’re mishearing actual sounds in unusual ways.

“When you’re born, your brain is basically a sheet of blank paper, but your brain is always looking for patterns, whether they’re visual, auditory, or anything else,” says Neil Bauman, the founder of the Center for Hearing Loss Help. The brain’s desire to find patterns it can recognize from random information is why pareidolia occurs in every sensory system. It’s why you see faces in the clouds overhead or feel something crawling on the surface of your skin even though nothing’s there. On a physiological level, your brain, which tries really hard to find meaning in all the sensory input it receives, goes digging into its archives to give meaning to an erratic jumble of noise. What you end up hearing is your brain’s rationalization of the background sound.

Sometimes that’s a bit far off from what the actual noise is. Your brain is very good at finding patterns and adding significance to random input. That’s why you understand that loud noises are a sign that you might be in a dangerous situation—a useful evolutionary advantage.

But the process behind audio pareidolia isn’t so helpful. Pareidolia is a glitch in your brain’s data-processing system: Your mind doesn’t turn random, meaningless noise into a train or car horn because what’s the use in that? Speech just happens to have a pattern that is most similar to that of the triggering sounds.

“These patterns in question are ‘fuzzy’ in the first place, not ‘sharp,’” says Bauman of the deceptive background noise. “If the pattern was sharp, [your brain] would get a perfect match, and you’d hear the sound as a fan or motor sound. It’s the fuzziness of the sound that results in so much ambiguity.”

But there is a similarity between the fuzziness itself and the speech you manifest from it, explains Robert Remez, a professor of psychology at Barnard College. Experiments conducted during the 1950s attempted to see how well people understood speech with concurrent noise. Researchers took highly intelligible speech produced by a careful talker, and mixed in tones of equal intensity that were distributed randomly over the frequencies of the human auditory range—aka white noise. They found that when speech intelligibility fell by half due to the added hubbub, people were perfectly capable of understanding what was said, even when the speech was significantly quieter than the noise.

“The reason, simply, is that speech is composed of sound that is constantly changing, and there do not appear to be moments that are uniquely informative about the spoken message,” says Remez. The snippets that a listener understands provide details about the speech segments being heard: their order and whether a piece of information is the start, middle, or end of a word.

“It has to do with the way in which speech packs information into sound,” he adds. “So since that type of listening experience [from the experiments] is familiar to all of us, when we hear mostly noise, it’s not that different from hearing mostly noise with somebody speaking.”

In a world full of noise and random events, it’s good that our brains have the ability to understand actual conversations through the noise—even if that function does produce occasional cognitive glitches like a Beyoncé lyric from the glub-glub of a pool filter.

“Your brain is pattern matching,” says Bauman. “That makes you human.”