Why Some Words Sound Fat

Doesn't caramel ice cream sound heavy? Where vowel sounds come from in the mouth influences how we think about a word. 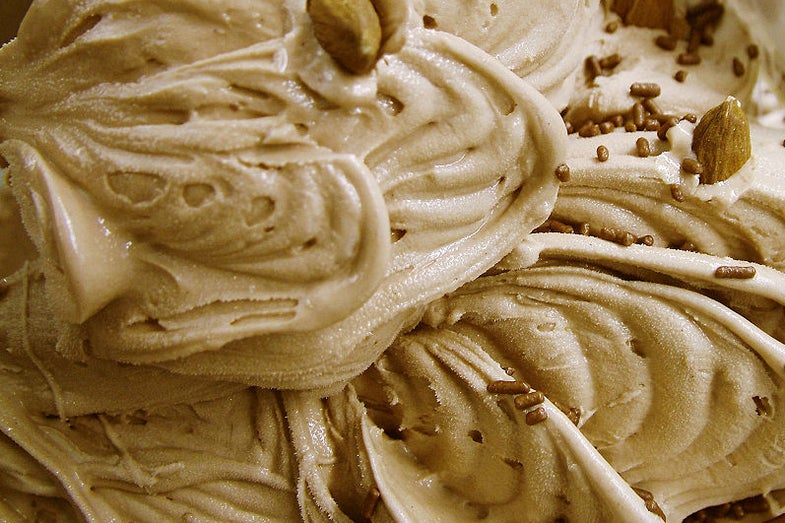 Which sounds better, an ice cream called Frish, or an ice cream called Frosh? In an NYU study, people rated the ice cream Frosh as smoother, creamier and richer. Except both ice creams were hypothetical flavors, and participants judged them solely based on how they sounded in a press release, without ever having tasted either. So why did one sound better than the other?

This is the result of what linguists call sound symbolism, the association between the sounds that make up a word and the word’s meaning. In many languages, words made up of front vowels–sounds made with the tongue high in the front of the mouth, like teeny–tend to indicate small, light things. Words like thin, little or crispy. Whereas vowels that form with the tongue lower in the back of the mouth are used in words with big, heavy meanings–gargantuan, bold, humongous.

Dan Jurafsky, a linguistics professor at Stanford University who teaches a course on the language of food, looked at the way ice cream manufacturers name their flavors, and found that most names, like Rocky Road, Jamoca Almond Fudge and Cookie Dough, use back vowels. Cracker brands, on the other hand–a lighter, thinner food–have front vowel names like Cheez-It, Triscuit and Ritz.

One theory of why front vowels sound light and back vowels heavy is called the Frequency Code. It says that because front vowels have a higher pitch, we have learned to associate them with small things. Small animals like birds make high-pitched noises, while larger animals like bears or lions make deeper sounds, so early humans may have learned to associate pitch and size that way.