A finalist in the Rockethub-Popular Science #CrowdGrant challenge hopes to put an end to meanness—with sex. 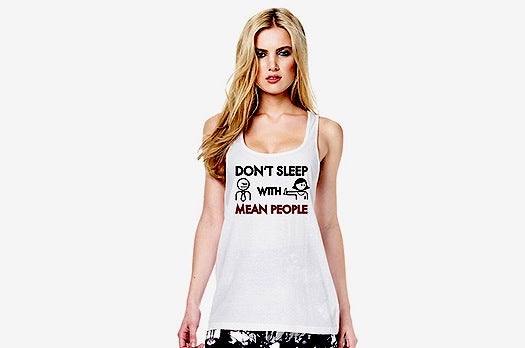 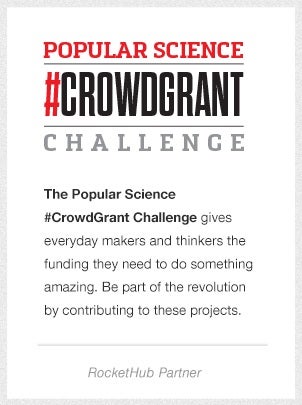 A finalist in the Popular Science #CrowdGrant Challenge is stirring up trouble on the internet. Baba Brinkman, a “Canadian rap artist, writer, actor, and tree planter” based in New York City is spearheading a jokey campaign with a serious point entitled “Don’t Sleep With Mean People.”

The idea is exactly what it sounds like: Inspire people to intentionally avoid sleeping with jerks. Brinkman cites Aristophanes’ satirical Lysistrata as his inspiration: In the play, the women of Greece refuse to have sex with men in an attempt to stop the Peloponnesian War. Though he holds on to some of the satire, Brinkman hopes to do more than sexually frustrate mean people into changing their ways; he actually wants to prevent mean people from reproducing, which would change humanity for the better, he says.

Brinkman hopes to raise $15,000 through the Rockethub-Popular Science #CrowdGrant Challenge to make both a sharable, fun music video as well as a longer, scientifically informative documentary regarding evolution and genetics.

But, some internet vigilantes aren’t too pleased. The idea has been attacked on all fronts: Isn’t this eugenics? Will the project actually teach people about evolution? Is there even scientific consensus that meanness is a genetic trait? Et cetera.

Brinkman has obviously done his best to respond to these charges, and interested readers can venture down that internet wormhole themselves. When you’ve reached the end, you can decide how you feel about the project, and whether or not you’d like to support his quest to stamp out meanness. All other aims aside, it’s hard to deny that just spreading the phrase would be a good thing–a “Golden Rule of Sex,” as he describes it.

For more on the Rockethub-Popular Science #CrowdGrant Challenge, go here.