The water tornado touched down in Tampa Bay this week, and some brave soul got video. 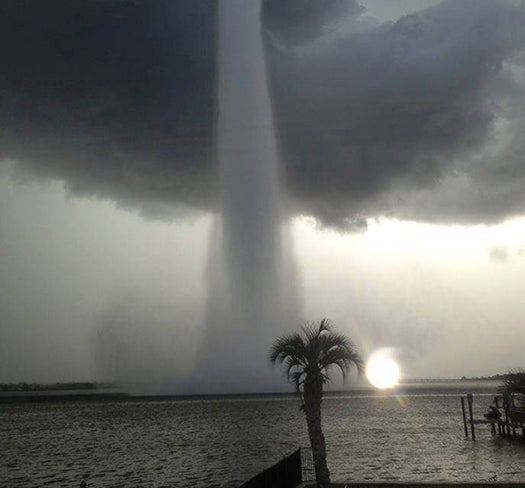 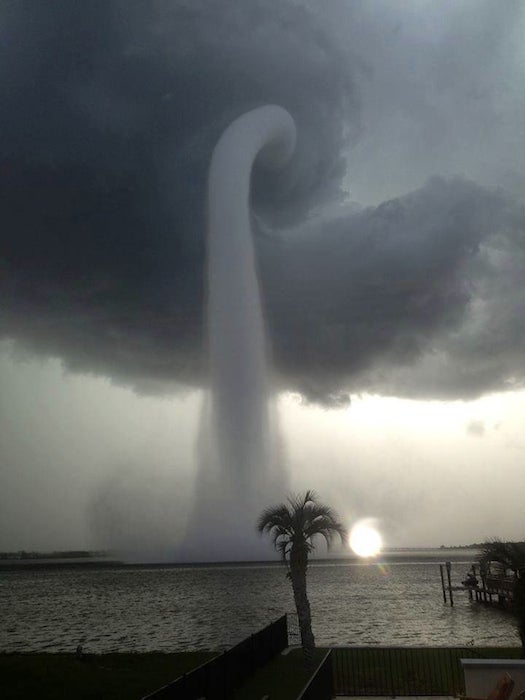 Waterspouts, for the unfamiliar, are basically water-tornados, often weaker than land tornados but still completely terrifying. As is the case with this waterspout, which hit Tampa Bay, Fla., on Tuesday.

The spouts don’t usually last long (often just five to 10 minutes), but can do some serious damage while they’re on the ground. Floridian Joey Mole caught this photo, along with a video you can check out. There’s some cursing, but less than you’d expect considering how scary that thing is. Here’s a look from someone who was actually on the water when the spout struck. Eesh.