This was my first year at the cultural cartoon, crossroad of power, and factory of influence that is TED. I’ve... 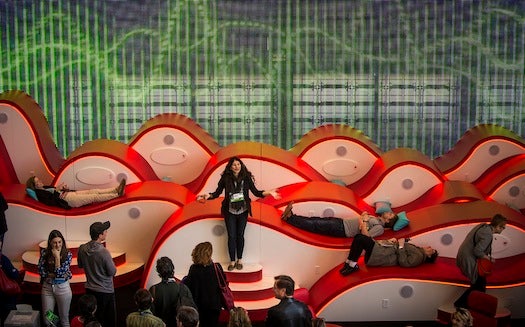 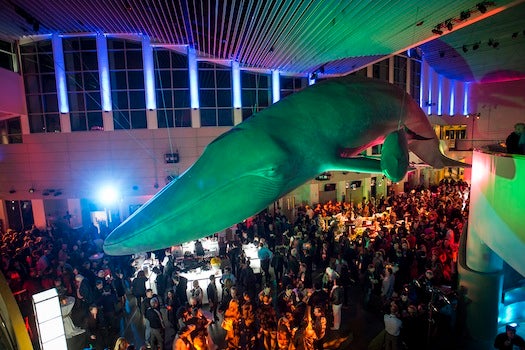 This was my first year at the cultural cartoon, crossroad of power, and factory of influence that is TED. I’ve spent my career following the rich and freewheeling through high-minded gatherings in the Bay Area, Aspen, New York, but this event, an invite-only affair lubricated by free artisanal coffee, a tasteful and jam-packed gift bag, and other high-value production details, plays by different rules.

Here are the broad strokes of TED. It launched in 1984 as a conference around Technology, Entertainment and Design, and has grown to include not just its two annual events (in Scotland and the United States), but a host of related events, including TEDx, self-organized versions of the main shindig. Each event centers on the speakers, who deliver, typically in 18 minutes, what the promotional literature describes as “the talk of their lives.” You have to apply to attend the big annual events, and if you’re accepted it then costs several thousand dollars to do so. (The one I attended, in Long Beach, California, costs $7500 per person. I was fortunate enough to receive a press pass.) Even watching the live event via web video will set you back $995.

I haven’t been to the World Economic Forum in Davos, Switzerland, which costs tens of thousands of dollars, but I can say that this is nonetheless one of the world’s more exclusive tickets. The ratio of tourists to thinkers at most big-name gatherings is usually pretty unfavorable. It tends to be yearners and marketers trying to get alongside the few notable attendees. And when the speakers wrap up, they tend to leave. Selfishly, I can usually find a few minutes to relax and rest my feet as a result, comforted by the knowledge that 80% of the people flowing past don’t have stories or insights or contacts for me. 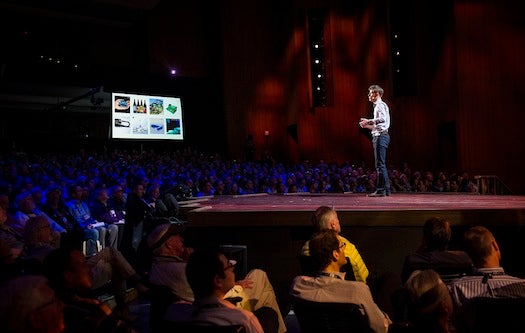 But here I am overwhelmed. It’s an invite-only deal, and it’s so expensive that no one is here to hunt for a job or to watch celebrities. (This is probably why I’m writing this a few feet from two Hollywood starlets, chatting happily with one another, free of autograph seekers or picture-takers.)

As a result, it’s hard to sit down even for a few minutes at TED without feeling that I’ve wasted them. My job is about finding interesting people and getting stories out of them, and TED is an incredibly target-rich environment. (I’m forbidden to reveal their names, but I’ll do my best to give you a sense of the place.) Every single person who walks past is notable for some reason or another. The badges we all wear carry our names and affiliations in helpfully enormous letters, legible at a distance. I feel like a blind person being shouted at. Literally, every badge within 20 feet of me makes me want to march over and say hi. Founder of world-famous design studio. CEO of massive software company. Hello, bestselling author.

The quick-hit format of TED struck me as a recipe for diluting good ideas such that they become unusable.It’s always been my personal pressure valve, when I feel overmatched or overwhelmed, to dismiss the affair entirely. Whatever it was, I spent my first 24 hours of TED huddled in corners with various fellow journalists, puncturing the talks we’d just seen onstage for being dated, or unoriginal, or corny.

Based on what I’d seen of the TED talks online, it seemed impossible —perhaps even counterproductive—to try to jam academic research into 18 minutes. This is a risky thing to say, coming from the editor of a magazine that popularizes science and technology, but the quick-hit format of TED struck me as a recipe for diluting good ideas such that they become unusable. And from what I saw in person, a lot of these talks, billed as the big ideas of the day, are actually the big ideas of last week, or of a couple of years ago, with only the smallest updates attached. I tend to judge this stuff as I would a magazine assignment—does it have a news hook, and what is the intellectual stamp you’re going to put on the subject?—and by those standards, few if any of these talks would have warranted a story contract.

Then, on the second morning, a young architect named Alastair Parvin got onstage to describe a problem. He pointed out that despite being at the bottom of his profession, he’s nonetheless in the top 1.6% of the world’s population. And his profession, by virtue of its business model and the service fees it needs to pull, can only really make money by serving the tiniest, wealthiest fraction of that 1.6%. How to design for 100% of the people, he asked?

This is not an original problem. As he talked, I wanted to explain to everyone around me that architecture has always struggled with it. At the turn of the 20th century, a new design tradition was born out of the socialist revolutions, based on the notion that architects should stop serving the whims of estate-owners, and should start serving the people. Modernism was the result. I crossed my arms.

One of a dozen sponsored, design-y lounge spaces, this one by Target

But then he started to describe his project — a public database of building parts called Wikihouse. It does away with the high-priced services of an architect, reducing them to a modular set of pieces and plans that’s equal parts open-source software and Ikea. You can even download plans for milling your own tools, and his system allows two unskilled amateurs to assemble a small house in less than a day, he said.

Again, I thought, this isn’t entirely new. Habitat for Humanity put open-source plans into the world, and CAD software and milling hardware is a decade old. But my outrage was fading, and my arms uncrossed.

TED has figured out a formula for getting good ideas going.And that’s when I realized that this is what TED is about. Even though at first glance it looks like a circus for amnesiac millionaires, repackaging old bromides amid the finery of the 1% of the 1%, the truth is that TED has figured out a formula for getting good ideas going. It brings speakers in who have a new solution—perhaps just a small but critical improvement on an existing solution—for big, classic problems. Those solutions typically stem from youth, or from new technology, or both. The speakers get to reach people with the power to back or publicize these new iterations. And it happens in an environment where that audience has the rare time and headspace to relax and absorb it, maybe even galvanized by real inspiration. And is it cheesy? Yes. Yes it is.

But the folks there are in the right frame of mind for cheesy. This is the other thing I began to realize, as I headed out into the sun for lunch. The people who go to TED are, indeed, very notable, and being very notable typically means being very busy. This is rare unstructured time for them. The reason the event works is that TED gives them all the opportunity to sit down, smoothie in hand, and shoot the breeze for a few minutes. Several attendees told me that they end up spending more time with people from their own cities at this event than they do when they’re home.

What flows from that is a happy, unguarded vibe from pretty much everyone. I’m used to folks jockeying for social advantage and professional leverage at pretty much any event. They undercut one another, they name-drop, they get a little too drunk. But here there’s an almost socialist vibe — we’re all just here to hang out, it seems. One CEO of a powerful, influential startup incubator doffed his jacket and ate lunch crouched on the steps with me. When he discovered I’d forgotten my utensils, he handed his over to me, and went off to get another like a helpful dad at a picnic. When I asked a business strategist, a guy for whom this is an even more target-rich environment than it is for me, why he comes to TED, he honestly couldn’t tell me. “It’s just fun to spend time with all these cool people,” he said. He’ll undoubtedly emerge from this gathering with business cards and contacts, but from what I can tell that sort of thing will just happen by happy accident.

By the middle of day two I’d had happy run-ins with literally dozens of influential people, and found them friendly and receptive in a way I could never have hoped for in any other context. That, in my very new opinion, is why TED works. These are the big-time, heavy-duty makhers of the English-speaking world, and I’d much rather they get a nice coffee and hear from a well-intentioned young architect about the need to democratize design and construction, than just spend their lives in a boardroom. There was a real sense of the transmission of good ideas across the folks who really are in a position to put them into practice. I’m glad they spend this week insulated from the overwhelming pressures of the professional world, and are instead helpfully fooled, for a few crucial days, into opening their minds. Hell, that’s what happened to me.

Jacob Ward is the editor-in-chief of Popular Science.