Free the trapped H20 for some deep-fried deliciousness. 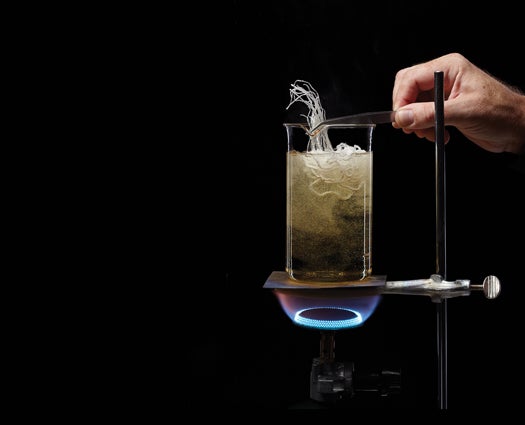 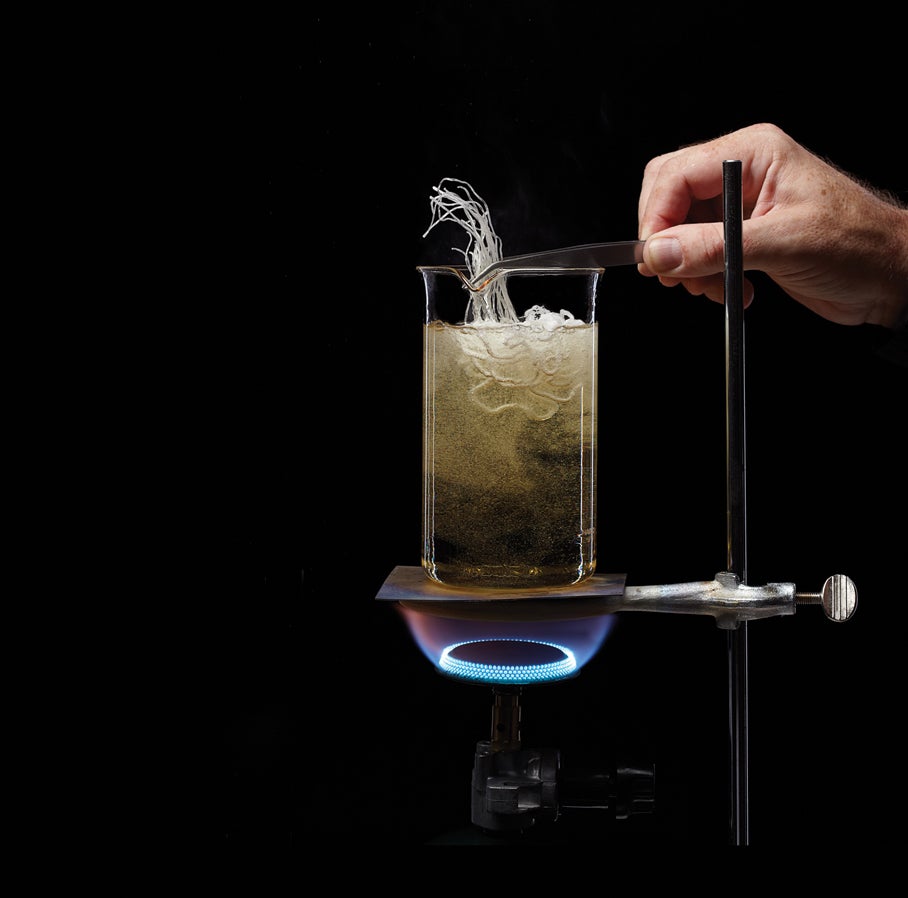 Hot oil may release water hidden in dry starchy foods, such as mung bean noodles and shrimp chips, converting it to steam and causing them to puff up.

Water hides itself really well. Its molecules can form weak chemical bonds with many substances, allowing it to remain concealed within their crystal structures. There’s no sign of water’s presence—no dampness, no softness, no anything—until something triggers its release.

Quite a few rocks and minerals contain water, but you would never know it from looking at them. Turquoise, for example, is made up of copper and aluminum phosphates. Remarkably, for every copper atom in turquoise, there are four water molecules. Heat it enough and this water can be driven out, discoloring the stone.

The difference between water merely soaked into a material, such as cloth, and water that is chemically bound lies in how finely separated a material’s molecules are. At the atomic level, a damp cloth contains pockets of trillions of water molecules held in place by fibers. But in turquoise, those molecules are distributed evenly around the phosphate units, individually bonded to the copper or aluminum atoms. Dioptase, a copper silicate with green crystals, similarly has water bonded to it, as does the mineral apophyllite, which flakes apart when heat releases its water.

I was recently introduced to a culinary curiosity that this phenomenon might explain: shrimp chips (also known by the Indonesian name krupuk). This snack starts out as solid, dry disks made from rice or cassava flour that look, feel, and taste like hard plastic. When my girlfriend first showed them to me, I assumed they were another one of the inedible healthy foods she routinely tries to get me to eat. But nothing could be further from the truth!

When I dropped the disks into hot oil, they puffed up to 10 times their size. The heat may have freed the chips’ hidden water molecules and turned them instantly to steam. In one form or another, the water was there all along—waiting to turn dry starch into a deliciously unhealthy deep-fried indulgence.

Warning: Hot oil can burn you and easily catch fire. We used a glass container for photographic purposes only: This is not a safe way to deep-fry.