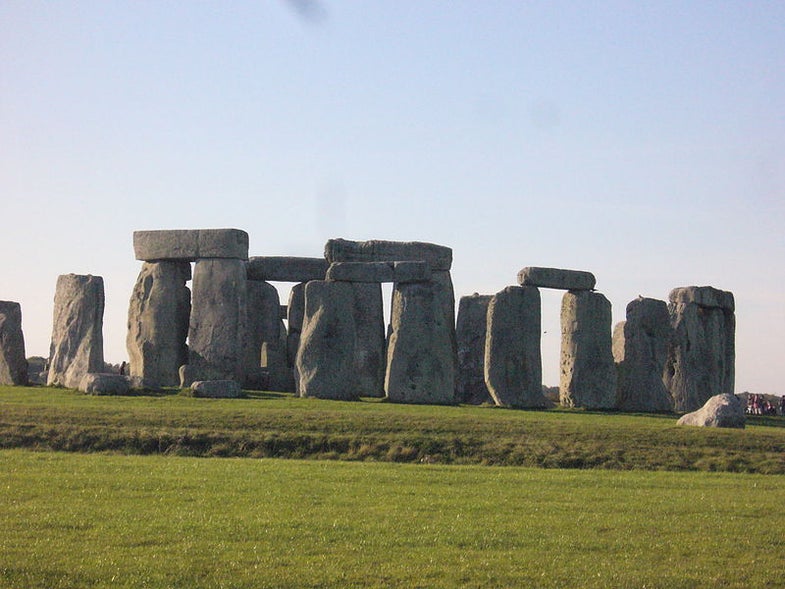 It’s long been known that the stone monoliths that make up the mysterious Stonehenge site in the UK traveled a great distance to get there, but up to this point the exact origin of the stones was unknown. Now, a team of British geologists have found the exact site from which the innermost circle of bluestone rocks were quarried.

Stonehenge, as we’ve all been told, is an ancient moon temple/burial ground/alien landing site that was fashioned by the Danes/a giant/a race of intelligent space-faring stonemasons. Its larger stones have been approximately sourced to a site just 20 miles away, but the kinds of rhyolite debitage stones that make up the inner circle and horseshoe–thought to have been placed some 5,000 years ago–can’t be found for hundreds of miles.

Using petrography (which is basically the science of getting down to the gritty details of rocks), a team from the University of Leicester and the National Museum of Wales sampled the mineral makeup of several large outcroppings of rock in Pembrokeshire, Wales. They then cross-referenced those with Stonehenge’s rhyolites. They found a match with a 215-foot stretch of rock called Craig Rhos-y-Felin in north Pembrokeshire. That’s 160 miles from Stonehenge).

There’s still plenty of mystery surrounding Stonehenge, not least of which is how (and why) an ancient culture moved such huge chunks of stone 160 miles. One theory holds that glaciers actually moved the rocks during the last ice age, while others think the stone was quarried in Pembrokeshire and somehow hauled from Wales to the Stonehenge site (a task most easily accomplished with a spaceship and a tractor beam–just sayin’).

By pinpointing exactly where the stone came from researchers hope to zero in on some answers.