In a paper far too daunting for a Monday, researchers at the Air Force Research Lab (AFRL) have described a... 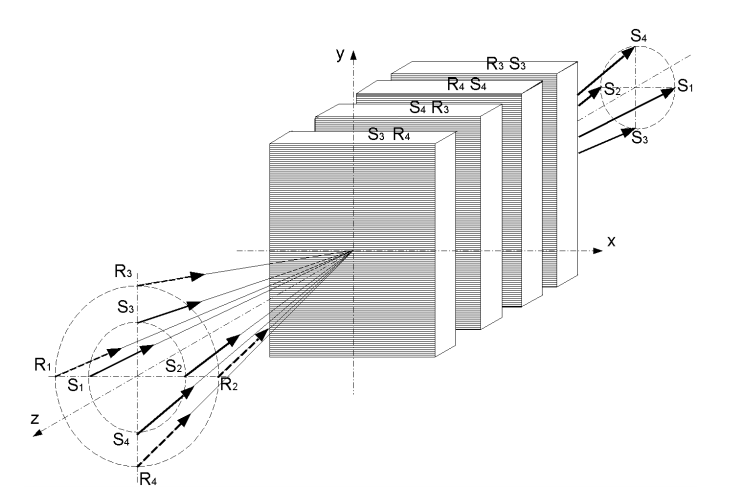 In a paper far too daunting for a Monday, researchers at the Air Force Research Lab (AFRL) have described a novel way to build a simple quantum computer. The idea: rather than using a bunch of finicky interferometers in series to measure the inputs and outputs of data encoded in photons, they want to freeze their interferometers in glass using holograms, making their properties more stable.

Quantum computing requires encoding information into a quantum medium, and light is the most obvious choice. Photons don’t have mass and therefore don’t interact much with external forces; things like electrical interference or magnetic fields don’t mess with the quantum state, and photons travel straight through transparent matter (like fiber optic cable or ambient air). But light is also a bit tricky because photons don’t interact with each other well either. Processing information in a photon at the receiving end can be particularly problematic.

But interferometers aren’t easy to work with. They lose their calibration easily, so stringing together a series of interferometers to conduct more complex calculations isn’t easy to do. So the AFRL team had an idea: why not freeze the properties of the interferometers in place by translating them to holograms “frozen” in a piece of tempered glass. That way researchers could stack the holograms to perform simple quantum functions without worrying about them losing their properties. There’s an off-the-shelf commercial product called OptiGrate that is apparently pretty ideal for this kind of holographic freezing.

Of course, there are drawbacks. For one, OptiGrate is one-time write-only, so there’s no reprogramming a quantum setup once the holograms have been frozen in place. They also aren’t scalable, at least for the time being. Simple computations would be all they are capable of.

Even so, there’s a need for reliable quantum computing schemes, even very simple ones, and as yet there’s not real technology that’s stepped into that space, Technology Review tells us. So while this kind of thing is pretty nascent, it could be the beginning of something bigger and better as technologies (like OptiGrate) mature.