Cyborg Yeast’s Genes Are Controlled By a Computer

The ability to make cells do our bidding would be a major advance in everything from drug production to biofuels,... 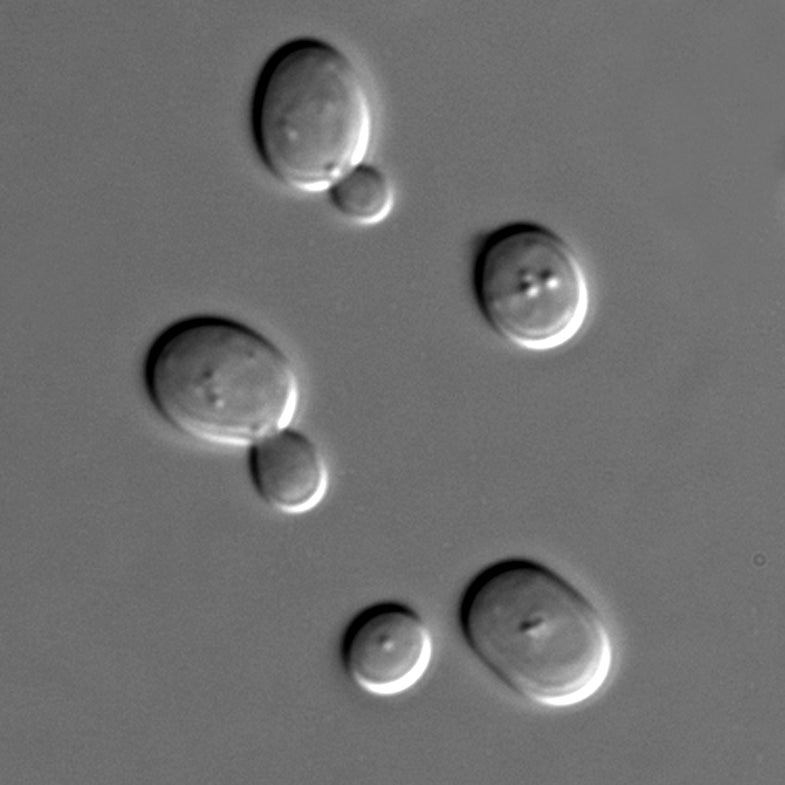 The ability to make cells do our bidding would be a major advance in everything from drug production to biofuels, but it’s difficult to hack into nature and make cells obey. A team of Swiss researchers have one way to do it: Create cyborg cells connected to, and controlled by, a computer.

Researchers at ETH Zurich were able to form a feedback loop between a common form of yeast and a computer, which controlled light pulses to precisely control the expression of genes. It’s different from other cell-control techniques we have seen, like simple genetic modification or synthetic circuitry. Instead, the Swiss team modifies some light-coding proteins and connects the cell to a computer model, which uses algorithms to read out the light responses and determine cellular feedback. It’s an in vivo, in silico network.

Andreas Milias-Argeitis and colleagues started with Saccharomyces cerevisiae — brewer’s yeast — and focused on a molecule called phytochrome, which can be activated in the presence of red light. The activation of this molecule starts or stops the transcription of a gene that codes for a specific protein. Then the team used a fluorescent gene marker to watch when this protein was being produced.

Once they figured this out, the team built a computer model to determine how long each light pulse should last in order to control gene expression. This was especially tricky, as the researchers explain, because the reporter molecule (the fluorescent marker) takes a while to fire up and it stays active for awhile, interfering with their precise timing. At first, their model worked in simulation but not in cells, which can be blamed on “inevitable intracellular fluctuations,” as Milias-Argeitis et al. put it.

“By interfacing electronic control with biological responses, in silico feedback provides an approach for unprecedented, quantitative control over the activity of living cells,” the authors write.

The paper appears online in the journal Nature Biotechnology.