How do centenarians live so long? And how fast can we sequence? 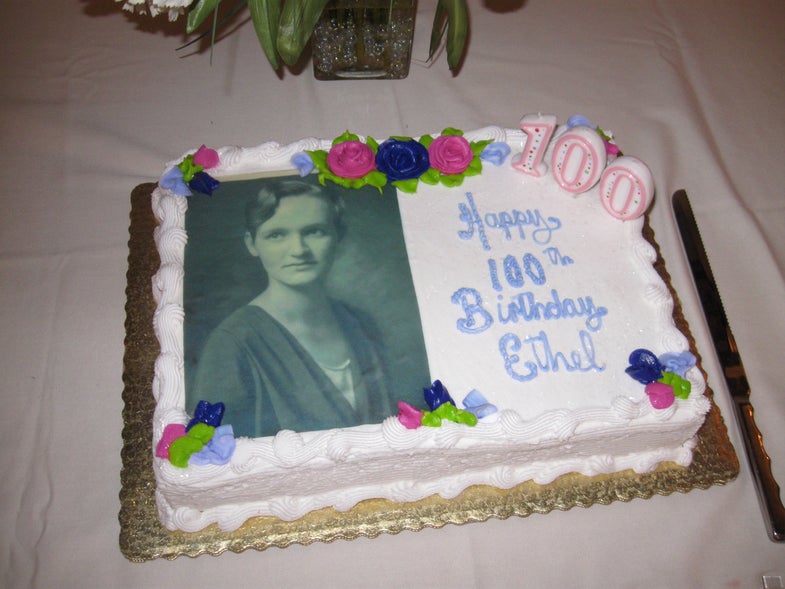 A newly revamped $10 million prize for sequencing the genomes of 100 centenarians could yield the fastest-ever gene sequencing technology to date, finally bringing ultra-precise personal genetics to the masses on a rapid and inexpensive scale. And perhaps even better, the genomics X Prize could help unlock the genetic secrets — if they really exist — to a healthy, century-long life.

Five years ago, the Archon Genomics X Prize presented by MEDCO kicked off to stimulate advances in cheap, fast, and accurate human genome sequencing, offering a $10 million purse to whoever could unravel 100 human genomes in 10 days for $10,000 apiece. Although genetic sequencing costs continue to plummet, that short time frame proved too daunting, so the X Prize Foundation decided to start over. They also introduced a new twist: The genomic subjects would come from 100 donor centenarians. Now the contest will last a month, and each sequence must cost $1,000 or less.

The goal is to prove that whole genomes can be sequenced accurately and cheaply, paving the way for more widespread use and clinical practice. Sequencing whole genomes would provide clinicians a wealth of information about their patients. But it’s also an interesting attempt to uncover the secrets of longevity, which has long been a target for genetic researchers.

Much of modern genetic sequencing seeks to pinpoint the causes of disease, which could theoretically be turned off or manipulated through methods like gene editing. But understanding protective gene variants, rather than disease-inducing ones, could also provide fruitful avenues for research.

“The working hypothesis is that centenarians carry genetic variations that avoid or repress common ailments; discovery of such variants may lead to the discovery of drug targets as well as disease and protective mechanisms,” prize organizers Larry Kedes and Grant Campany explain in an editorial in the journal Nature Genetics.

This is not a sure thing, however. Several other research groups have been examining genetic profiles from donor centenarians in the hopes of pinpointing some type of longevity gene or long-life indicator. In February 2010, two studies seemed to shed some light on the problem. One project discovered a variant of a gene that determines the length of telomeres, the ends of chromosomes that serve as protective caps for the main genetic material. Then, researchers involved in the New England Centenarian Study claimed to identify specific genetic markers in 800 centenarians, and found they shared a roughly 150-gene signature that could predict extreme longevity. But the gene-marker authors retracted their paper earlier this year, after several other researchers said they used some faulty lab equipment. (The team stood by their findings despite the flaw.)

And just this week, researchers at Stanford University School of Medicine published research suggesting that longevity can be inherited in a non-genetic manner. The research, involving C. elegans roundworms, examined how modifying protein expression could increase not only one worm’s lifespan, but also that of its offspring. So the genetic underpinnings of extreme longevity remain a mystery — one that the newly revamped X Prize seeks to answer.

The main goal is rapid whole-genome analysis, however, and the contest creators spent two years developing a method to judge the sequenced genomes. It will involve the X Prize judges sequencing 25 of the centenarians’ genomes on their own, using several different methods to cross-check their findings, and then comparing the submissions with the known results. Entrants will have to finish the genomes within 30 days, to 98 percent completeness, with an accuracy rate equal to or better than 1 error per million bases. Each genome cannot cost more than $1,000. The contest kicks off Jan. 3, 2013.

Before anyone can get started, the campaign needs some centenarian genomes, so the X Prize Foundation and MEDCO are looking for volunteers. Their stories will be archived on the prize website, to “make heroes of our 100 genomic pioneers,” the organizers write.

If none of the teams meets all the grand-prize requirements, then entrants can win in different categories, as long as they meet certain minimum standards. If more than one team wins the grand prize, it goes to whoever finishes first.

“Although most races can only have one winner, we believe that after this race, the competition will benefit an entire industry,” Kedes and Campany write. “The contestants will contribute to scientific knowledge and help prepare the groundwork for applied human medical genomics, thus paving the way for personalized medicine and medical breakthroughs to benefit all of us.”