Researchers Manipulate the Dreams of Rats, Opening the Door to ‘Dream Engineering’

Never mind the Jose Canseco method for dream control. MIT researchers have successfully reached inside the brains of rats and... 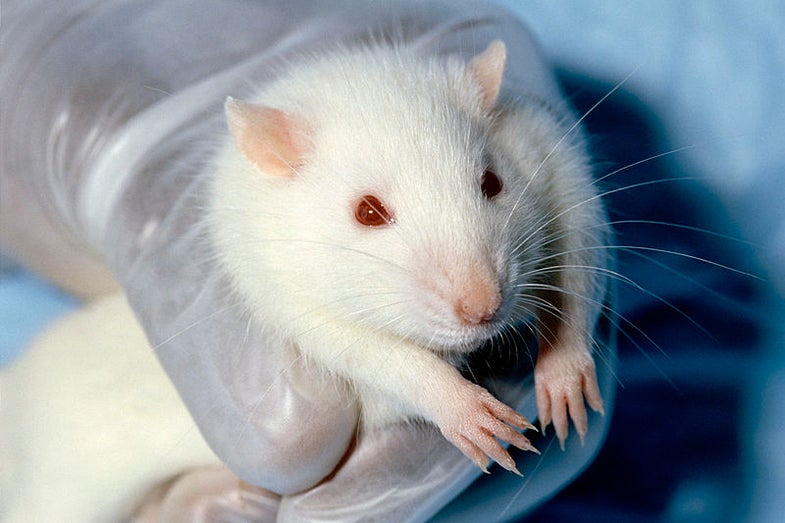 Never mind the Jose Canseco method for dream control. MIT researchers have successfully reached inside the brains of rats and manipulated their dreams using an audio cue conditioned into them during the previous day. It’s a development that lends insight into the whole sleep/memory consolidation relationship. But it’s also worth reiterating that this is dream control, external manipulation of the mind during sleep. And it could one day lead to the controlled engineering of dreams.

The researchers accomplished their dream manipulation by training rats to run through a maze during the day, using audio tones to guide them. One tone indicated that a left turn would lead the rats to food, with the other tone indicating a right turn would be met with reward. While the rats did this, the researchers logged all their neural activity. Then, exhausted from a full day of left- and right-turning, the rats went to sleep.

Scientists have long known that while we sleep, our hippocampus replays many of the day’s events and consolidates what happened into memories. It works the same way for rats, and the researchers wanted to know if they could use the audio cues embedded in the day’s memories to influence the progression of a dream. It turns out they can. Analysis showed that when lab rats dream (at least these lab rats), they dream of mazes. And if the researchers played the audio chimes to the rats while they were dreaming, they would immediately begin dreaming of the section of the maze associated with that particular chime.

So the content of the rats’ dreams was altered, essentially by cuing specific memories from the previous day using a trigger–in this case the audio chime. They think this finding could lead to new kinds of dream manipulation that could also be used to edit the memory consolidation process–basically enhancing, numbing, or blocking out memories–which in turn could aid in the treatment of things like PTSD. Crazy stuff. Abstract and such are over at Nature Neuroscience.