Controversial Blood Test To Predict How Long You Will Live

In the UK, you can get the length of your telomeres measured 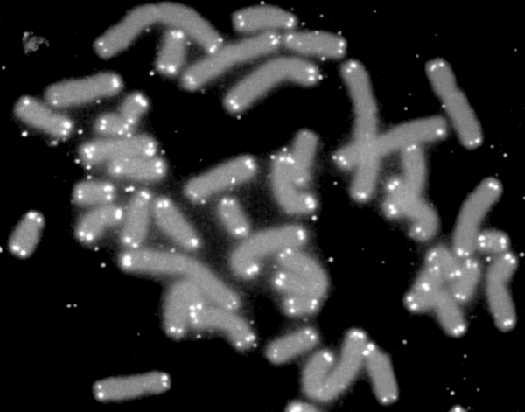 A new test set to hit the market in Britain in the next year aims to tell patients how long they have to live, and naturally that’s not happening without controversy. The test measures a person’s telomeres, those structures found on the tips of chromosomes. The length of telomeres apparently correlates with how fast a person is aging biologically, and hence researchers want to offer individuals some insight into just how much longer their bodies can hold up.

Well, some researchers do. Others aren’t so sure it’s a great idea. The test, developed at the Spanish National Cancer Research Centre, will be marketed via the company Life Length, which is in talks with medical diagnostics companies across Europe. When it goes on sale next year it will cost roughly $700.

It works pretty simply: provide a blood sample, and the test checks the length of your telomeres, which are basically used to determine your biological age. Research has shown that those with shorter than normal telomeres have shorter average life spans than those with longer telomeres. They also might have a severe case of telomere anxiety that they didn’t know they had previously.

Critics see that as a problem. Aside from the fact that insurance companies might start requiring telomere testing and using it to determine life insurance and health insurance rates, it might also stoke peoples’ fears of death–and open them up to scams and bad medicine purporting to extend their telomeres/lives.

That all sounds like an interesting backdrop for a novel (perhaps one set in a not too distant future dystopian New York and written by Gary Shteyngart), but some are afraid that such a test would open a Pandora’s Box that we couldn’t put the lid back on. The price might be the more controversial part; $700, and let’s face it: no one’s telomeres are going to be quite long enough.