Enterprising engineers are constantly figuring out ways to generate electricity from just about anything that has a little extra energy... 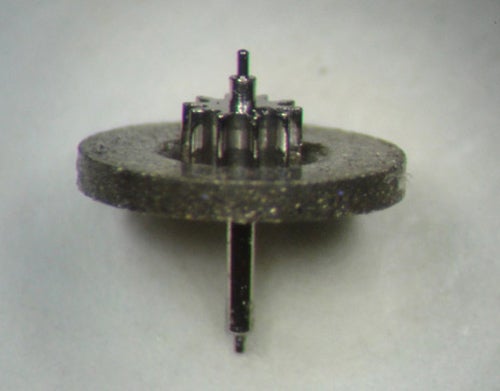 Enterprising engineers are constantly figuring out ways to generate electricity from just about anything that has a little extra energy to give, from ocean waves and river currents to much smaller micro-generators that harvest ambient vibrations from automobiles crossing a bridge. Now Swiss researchers want to tap an even tinier source of energy: the human bloodstream. Using a tiny turbine installed in a blood vessel, researchers could generate the microwatts needed to keep implanted medical devices ticking.

Implanted medical devices like pacemakers, blood pressure sensors, drug-deliver pumps, glucose meters, or neurostimulators, all need just a tiny amount of juice to continue operating, but because they require either an external power source or a replaceable battery, they must be installed in easy-to-reach places in the body. Giving them their own power supply means they could be installed in more favorable positions to carry out their functions–and in some cases would eliminate the need for periodic surgeries to install new batteries.

A Swiss team from the Bern University of Applied Sciences has put three different turbines in a tube that simulates the thoracic artery, millimeters-wide blood vessel. The most efficient among them generated some 800 microwatts–plenty to power today’s pacemakers and then some.

But there is some concern that such turbines in the bloodstream could cause blood clots. Blood that gets caught in eddies tends to coagulate, and if the turbulence cause by a turbine in a blood vessel cause such clots to occur they could prove deadly as they move through the bloodstream. Which would kind of render the pacemaker useless.

The turbine idea, the researchers agree, needs some work and research. But its part of a trend in medical device design that is taking the future toward self-powering devices. Patents filed as far back as 2005 seek to use the pizoelectric effect to generate energy from moving organs, and other groups have experimented with generating power from differing temperature gradients within the body.